Producing more electricity on less land than any other clean-air source, nuclear energy is the second-largest provider of low-carbon electricity in the world.

Clean energy comes at a cost, though, especially for investors looking to build a nuclear power plant. 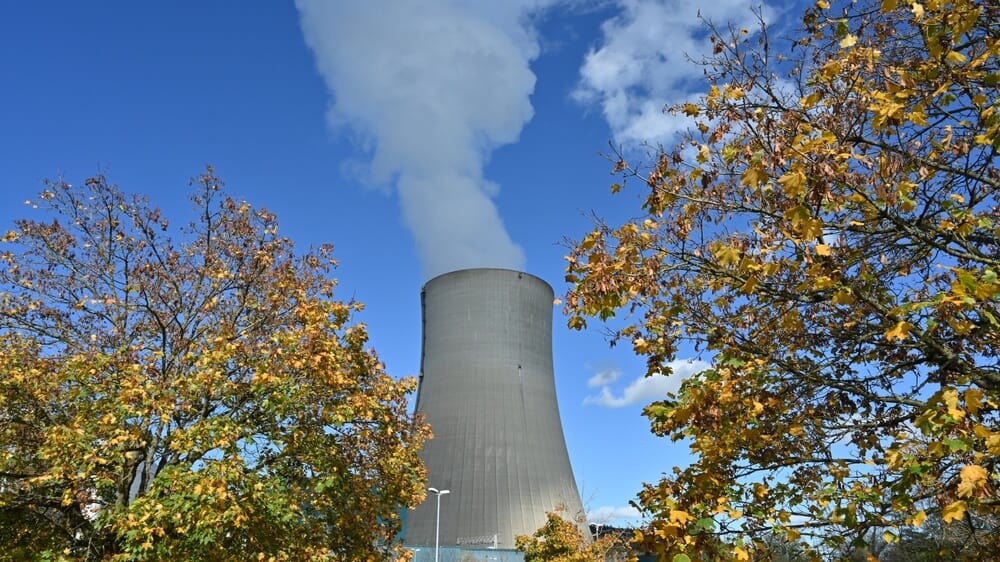 The estimated costs of building a nuclear power plant vary from $14 billion to $30 billion. About one-third of these costs are “indirect”, including the cost of land, licensing, engineering, construction, and other owner costs. Direct costs include the reactor and turbine equipment, as well as all other systems and equipment required to produce energy.

How Much Does It Cost To Build A Nuclear Power Plant? 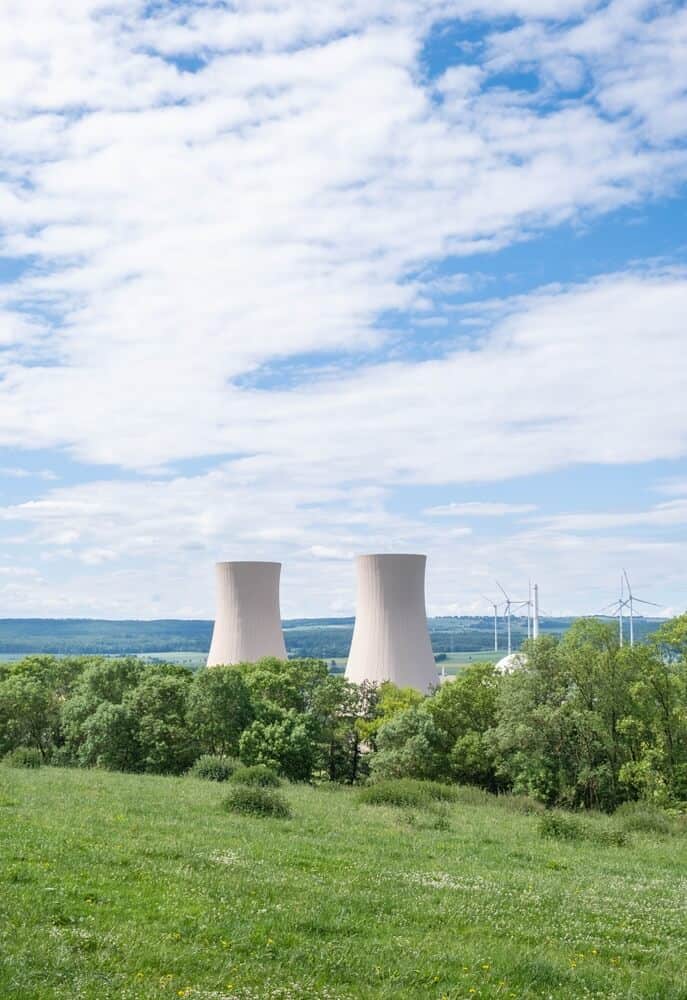 Nuclear power plants are relatively cheap to run, but they are expensive to build. Delays in project delivery may double the costs in less than five years.

The table below shows a breakdown of costs to build a nuclear power plant*:

*Costs in the table are calculated based on power plant capital investment cost estimates published by the Department of Energy and considering the reported costs of building new nuclear reactors by the Vogtle power plant in Georgia. Vogtle is the first and only nuclear power plant approved to be built in the US since the 1970s. The estimates above don’t include financial costs, such as interest or return rates on investments and loans.

Calculating and estimating the costs of building a nuclear power plant can only be done based on limited industry information.

This type of facility has been widely developed in the past, but the United States stopped licensing new nuclear power plants after the partial meltdown of the reactor core of the Three Mile Island plant in Pennsylvania in 1979.

After the accident, the government adopted stringent safety standards which caused the construction costs to skyrocket.

In 2012, the Nuclear Regulatory Commission approved plans to build the first new nuclear power plant in the States since 1979.

These units were initially estimated to cost $14 billion over a 5-year development and construction plan.

However, delays set back these plans. In May 2022, the plant was not yet fully developed and was estimated to cost its owners a little over $30 billion.

The first step to building a new nuclear power plant – or adding reactors to an existing one – is getting the necessary licenses and permits.

All nuclear power plants in the US must be licensed by the Nuclear Regulatory Commission (NRC).

The commission requires a 2-step licensing process that involves obtaining construction permits and an operating license.

To apply for the construction permits, owners must present an application containing:

The operating license can only be obtained after the construction of the plant based on the final design information and the plans for operation that are developed during the construction stage.

Licensing and permits cost around 5% of the total development costs, or around $700 million to $1.5 billion.

Nuclear power plants may look massive, but they actually have a small land footprint compared to other clean energy production facilities.

A typical 1,000-MW nuclear facility needs around one square mile of land to operate. Depending on location, the land can cost between $28 million and $60 million, or about 0.2% of the total building costs.

Before buying or renting land, it is crucial to check if there are any state restrictions in place.

Engineering is the main “indirect cost” of building a nuclear power plant. About 16.7% of total costs are spent on these services, which translates into $2.34 billion to $5.00 billion.

Engineering goes beyond designing and planning the plant, though.

There are eight main types of engineers providing services during the construction stage. The following three are the most important:

The other main indirect cost is the construction of the plant. Investors can expect to spend between $1.48 billion and $3.18 billion.

The table below shows a breakdown of nuclear power plant construction costs*:

*Estimate costs in the table were calculated based on nuclear power plant capital costs breakdowns provided by the World Nuclear Association.

As the table shows, about 75% of the total construction costs are spent on site development, nuclear and conventional island installation, and construction materials.

Onsite labor takes up the remaining 25% share. This is more expensive than labor costs in civil work, but the higher costs are explained by the labor expertise.

The centerpiece of a nuclear power plant is the nuclear reactor. Its role is to create a controlled nuclear fission which in turn creates steam that is then transformed into energy.

Not only are reactors complicated structures, but they use radioactive fuel, such as uranium. Thus, they must be engineered to perfection to ensure safety during operation and prevent radiation leaks.

This is why reactors are the most expensive type of equipment to cover when building a nuclear power plant. Their cost can vary from $2.93 billion to $6.27 billion.

Turbines are the second-most important pieces in a nuclear power plant. The steam generated by the nuclear reactor through fission is transferred into the turbines.

As it moves through the turbine, it moves its blade. This rotating motion drives the generators connected to the turbines and produces electricity.

Turbines are not as expensive as nuclear reactors, but their cost isn’t that far behind either. Investors typically spend around $2.45 billion to $5.25 billion for turbines alone.

When building a nuclear power plant, an important share of money goes to architects and engineers.

However, no nuclear power plant is perfect from the start, and the addition of new structures or improvements can happen along the way.

These can take up over 16% of the budget, and should be accounted for in the initial stage to avoid surprises.

Considering the current costs of building a nuclear power plant, you should set aside around $2.31 billion to $4.95 billion.

Nuclear power plants produce electricity, but you need electricity to build them.

The costs of onsite electric equipment and wiring is one of the cheapest direct costs, cutting off only 6.1% of the total budget.

Besides turbines and nuclear reactors, all nuclear power plants need a heat rejection system. This is a safety system designed to prevent overheating in the reactor.

These systems consist of a heat transport loop that transports the heat from the reactor core to a radiator surface which then projects it into space.

A heat sink with a fluid-circulating pump is sometimes included in the design if the radiator transport fluid is different from the cycle working fluid.

Considering its importance, the heat rejection system is relatively cheap. Its estimated cost varies from $420 million to $900 million, depending on the nuclear plant size and the number of reactors.

Another direct cost is constituted by miscellaneous equipment, an umbrella term used to designate all other systems and equipment types needed during or after the construction.

All this equipment takes up around 2.1% of the entire budget, which works out from around $294 million to $630 million.

Additional owner costs should also be accounted for when building a nuclear power plant.

These are mostly administrative costs that take up around 6.4% of the total budget. Alongside land, they are the cheapest share of indirect costs.

Is A Nuclear Power Plant Worth The Investment? 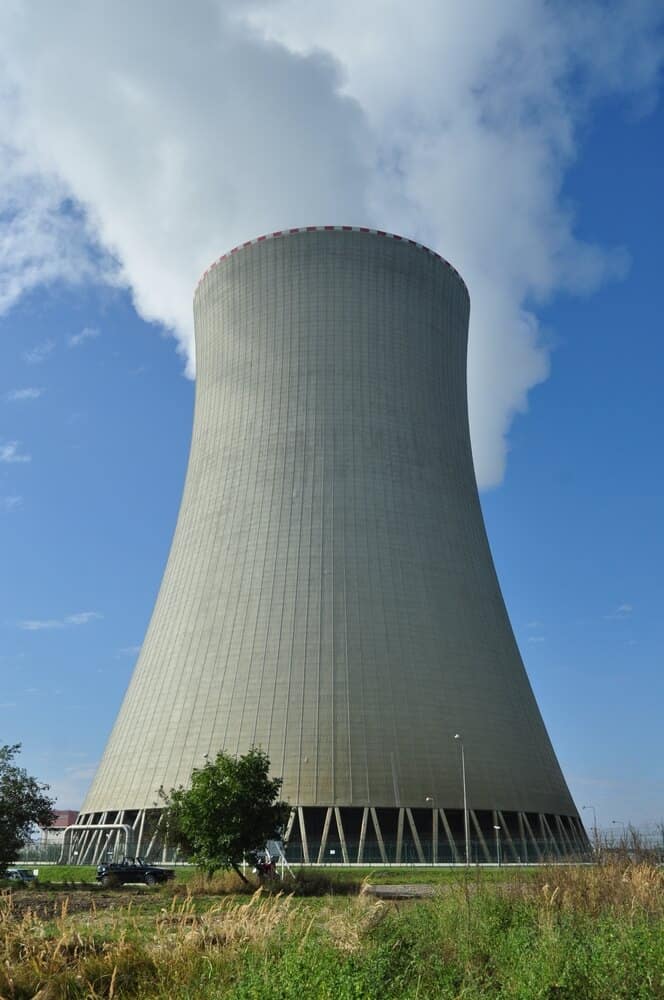 Nuclear energy is relatively cheap to run and is much more environmentally friendly than energy obtained from fossil fuels, such as natural gas.

Yet, nuclear power plants struggle to survive and are at risk of early closure, while several have already closed due to economic circumstances.

The main downside of nuclear power plants is that they cannot compete in terms of energy costs with companies producing energy from natural gas.

In the United States, nuclear power plants are only regulated in some states and deregulated in others.

Deregulated markets mean that energy producers have to sell the energy on open markets, where distribution companies can choose the most inexpensive option.

The most inexpensive option is electricity obtained from fossil fuel plants, putting nuclear power plants at a risk.

States with deregulated markets currently include*:

How much does a 1-gigawatt nuclear power plant cost to build?

According to the Energy Information Administration (EIA) the costs of building an advanced nuclear reactor are estimated at around $5,366 for each kW of capacity, or around $5.4 billion for a gigawatt.

However, these estimates consider the overnight construction costs for new plants ordered in 2014.

Based on the latest news, the current costs, a gigawatt reactor can cost around $11.5 billion.

What is the nuclear power cost per kWh?

According to the Center for American Progress, nuclear energy averages 25 to 30 ¢/kWh.

How long does it take to build a nuclear power plant?

Original construction plans on the only modern nuclear power plant approved in the USA estimated the launch of the new reactors in about five years.

These reactors should have been operational since 2017, but the economic situation and unexpected world crises caused delays on project delivery.

Thus, it is safe to assume that in normal conditions, it can take between five and ten years to build a nuclear power plant.

The costs to build a nuclear power plant are estimated between $14 billion and $30 billion. These prices include direct and indirect costs, but exclude finance costs.

Project delays can have a negative impact on the original estimates, typically doubling the costs in around five years.