Audiobooks are a great way to squeeze in some extra “reading” time in your busy schedule.

Their convenience has made them quite popular in many parts of the world.

However, any avid fan of audiobooks is well aware of a major problem with them – their price. 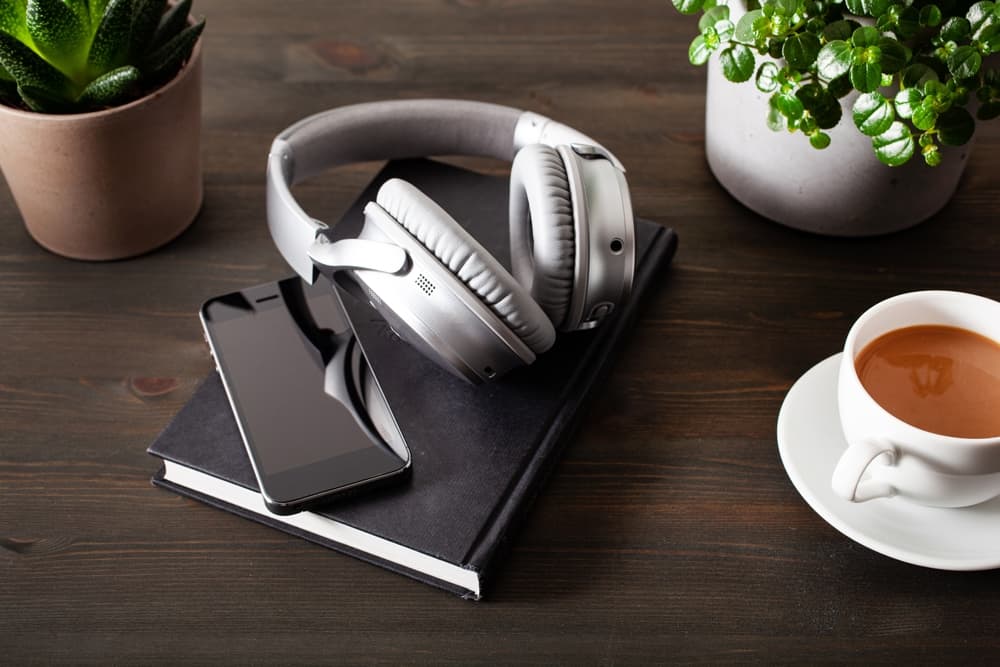 The high price of audiobooks in comparison to regular books is mainly driven by their higher production costs. A lot goes into producing a good audiobook, and much of that effort remains unseen by the listener. And despite their popularity, they still represent a relatively small part of the book market. Even some of the most popular releases fail to bring in significant amounts of money compared to their traditional paper counterparts.

1. It Takes a Large Team to Produce an Audiobook

A lot goes into the creation of an audiobook. In the end, you just hear the voice actor doing their work.

But behind the scenes, multiple specialists need to work together to ensure that the final product will be up to standard. The book must be cut, edited, and mastered like any other audio production.

In addition, the team may rent a studio to do their work in. While it’s not required, it can improve the production workflow and most high-quality audiobooks are recorded in a professional environment.

This can add to the cost very fast, especially given the long recording sessions typically involved.

Even without a dedicated studio, there are still some high equipment costs associated with the recording and mastering of an audiobook.

A professional microphone can cost several thousand dollars. The various specialists involved in the editing and mastering tend to charge a lot for their work as well.

Narrating an audiobook is a very difficult job. Many people underestimate the challenges that go into this type of work. Good narrators are rare on the market and they charge accordingly.

Even at the lower end, it can cost more than $50/hour to work with a narrator. Many narrators charge upwards of $200/hour for their work, and some may even go as high as $400/hour.

Not all of that work will end up in the finished product either. Many sections will be recorded multiple times until certain criteria are met. This is similar to working with actors on a movie production.

The narrator still gets paid for every hour of their work though, regardless if it ends up getting used or not. It’s not rare for a production team to record twice as much material as they use in the end.

The technical work involved in compiling those recordings into a finished audiobook is substantial as well.

In order for an audiobook to be accepted into some of the most popular marketplaces, it has to pass many quality controls. It takes an experienced team to ensure that the book lives up to these expectations.

Take Audiobook Creation Exchange for example – it’s a daughter company of Audible and has some very strict requirements about what’s accepted.

Audiobooks must be formatted in specific ways, chapters must be properly organized into separate audio files, there’s a limit on the total duration of the book, and the list goes on.

More than half of the time required to produce the average audiobook may go into complying with these standards. Sometimes this involves repeating entire recording sessions.

And if the final audiobook gets rejected for failing to meet any of these points, this can easily add several hours of additional work for the whole team.

Just because a book is popular doesn’t mean its audiobook version will sell well. Marketing an audiobook is a separate effort from marketing the original book itself. It’s a separate market that requires its own unique approach.

This means connecting with marketing agencies that specialize in audiobooks. This can quickly add to the overall cost.

It’s also a running expense that’s spread over several months, sometimes even a couple of years. The team might not even see any return on its investment in the end, making this a risky venture.

The opportunities for marketing an audiobook are also more limited than for regular books. There are only so many places with regular traffic of potentially interested customers, and they tend to be very competitive.

5. The Market Is Not Very Big

That brings us to another important point. As popular as audiobooks are, they are still a niche market.

It’s not very likely that this will ever change, either. Audiobook listeners will most likely always represent a small fraction of the overall fan base of the average book.

The combination of a small market and high production costs means that an audiobook must be sold at a relatively high price in order to make up for the initial investment.

And as we pointed out above, there’s no guarantee that there will even be any positive return in the end.

Another factor that many book lovers aren’t aware of is that audiobooks are tied to much higher royalties than regular books.

While a regular book might cost between 5% and 15% in this regard, an audiobook can go as high as 40%.

The exact royalties depend on the marketplace and the specific distribution model chosen. They will always be higher than those of an ordinary paperback book though.

Negotiating is rarely an option. These rates are set in stone by various popular marketplaces like ACX.

Audiobooks not only cost a lot to produce, but they are limited to a relatively small market as well.

These two factors, combined with the high quality standards that have to be met, mean that the typical audiobook must cost a lot more than its paperback version to make up the initial investment.

There’s a high risk attached to this type of production as well. Some audiobooks don’t even see any positive return after being released on the market.