Whether you’ve been in an accident or have an old vehicle you’d like to restore, replacing the frame is sometimes necessary.

Unfortunately, doing so can be expensive, no matter how much of the frame you want to replace.

It’s also important to do the work because even a small amount of damage can make your car more dangerous to drive. 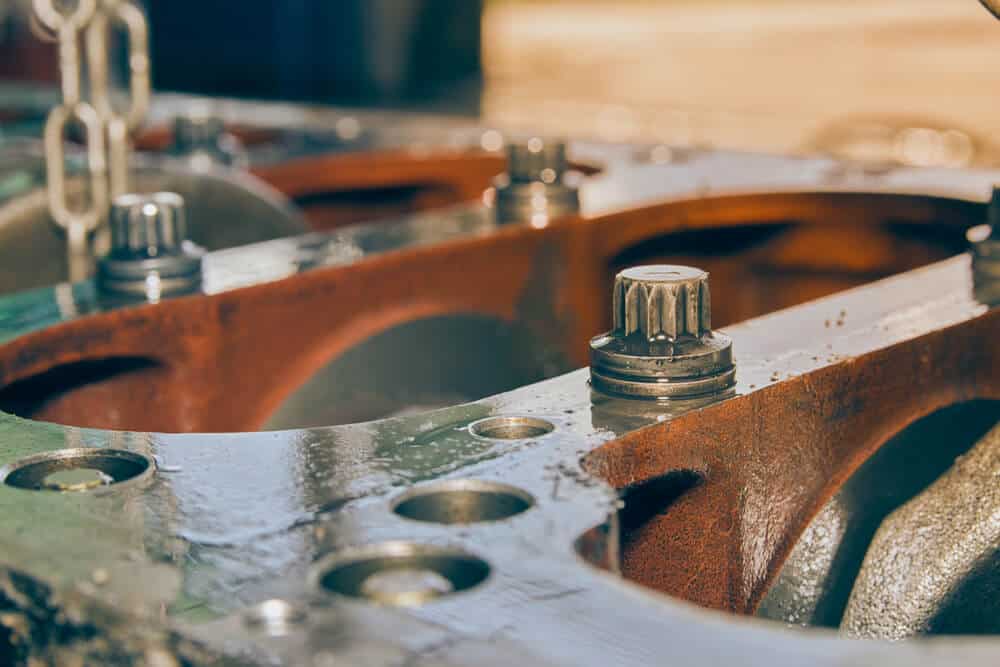 How Much Does Car Frame Replacement Cost?*

Replacing your car frame will depend a lot on the make and model of the vehicle, the frame parts you’re trying to replace, and how much of the frame you have to replace.

For example, unless you’re trying to rebuild an old car, it’s very likely that you can get away with replacing just part of the frame.

The following chart details the average cost of new frames based on part and type.

*Please note these prices are estimates based on rates in October 2022. Rates may change over time and based on location.

If you have a car or a van, you most likely have a unibody frame. These frames are part of the car and seamlessly transfer suspension from the axles to the car itself.

They’re popular because they are cheap and safe. However, they can also be extremely difficult to repair, because repairs or replacements mean replacing your car.

A unibody frame consists of:

Trucks and many other large vehicles are more likely to have ladder frames. These separate the frame from the car, meaning that it’s easier to replace the frame.

Here, you normally have a core foundation made up of two rails connected by cross rails and support braces. This frame is normally significantly easier to repair, because the drivetrain, engine, and body of the car rest on the frame.

This means you can relatively easily replace parts, often for 2-8 hours less time investment, than replacing the same part on a unibody frame. 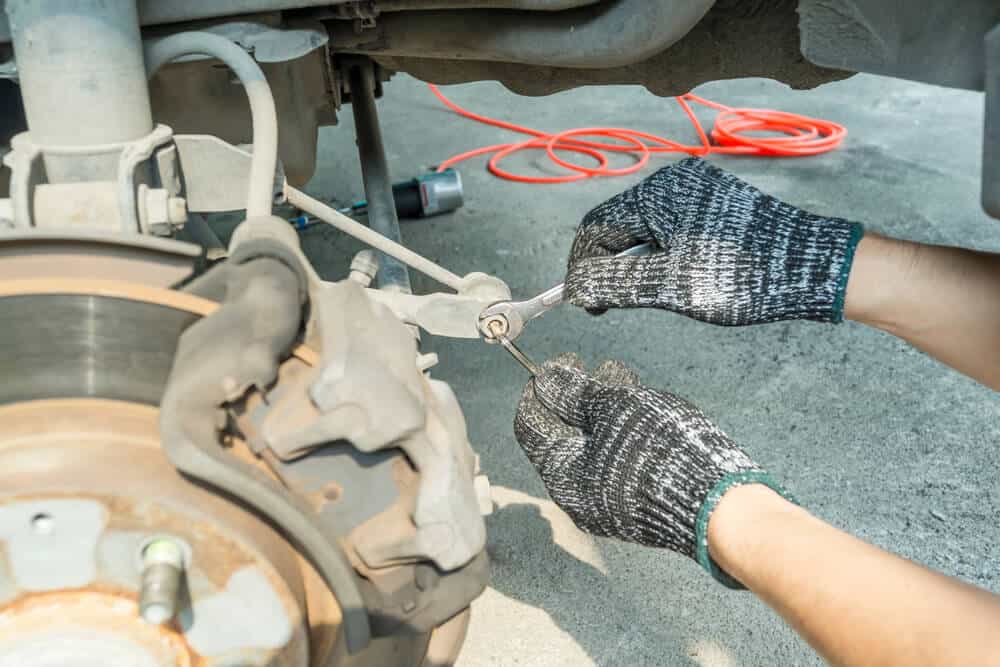 Replacing or repairing a car frame is a costly job. In most cases, both parts and labor will contribute heavily to the total price.

However, factors like the make and model of the car, the condition of the parts, whether you get OEM or not, and the local cost of labor will be very influential in the total cost.

1. Make and Model of Vehicle

Every car has a frame engineered to support its weight, load distribution, and stress points.

Many modern vehicles also have specially designed “crumple” zones, allowing the car to collapse at points where it is safest for the passengers – and easiest to repair.

This means that you’ll have to replace the car frame with one designed for that vehicle. Here, you might pay more for less common vehicles.

In addition, different vehicles will dramatically affect the cost of labor. For example, if the vehicle takes more time to remove the frame.

Trucks like the Ford F150 almost always have a ladder frame. This means you can normally repair the frame without dismantling the vehicle.

On the other hand, if you have a car with crumple zones, you may be able to use a rail patch to fix the damage. That means cutting out the damaged crumple zone and bolting or welding the patch into place.

2. Condition and Brand of Parts

Car frames are available in a range of qualities and conditions.

Here, the cheapest and most basic frame replacements are “universal” and designed to fit into as many cars as possible. Parts often start as low as $100 before labor.

On the other hand, if you choose performance or Original Equipment Manufacturer parts, the cost of a frame rail can go up over $1,000. For example, if you’re buying OEM Ford rails, you’ll likely spend about $700-$900 for the set.

Performance rails are normally engineered to be lighter than the basic frames, which means you’ll pay more for them. Here, different alloys or carbon frames can save you a lot in terms of weight but can increase the cost of the frame by over 10x.

And, if you’re restoring an old car, you might not be able to find replacement frame parts off the shelf. That might mean having the full thing custom built – which can cost well over $10,000 for the parts alone.

For example, a frame patch will almost always be affordable. These small brackets are designed to fit into the existing rails and can be welded on to replace crumpled or bent parts of the frame.

You might also have to buy the frame rails. These are expensive, no matter what type of frame you have. And, in some cases, your technician may recommend replacing both at the same time to ensure that load distribution remains even across the vehicle.

However, if you’re replacing it with an OEM part and the other side doesn’t have any damage, that might not be necessary.

If you’re replacing the full frame, you can normally expect your technician to spend 20-40 hours on the job.

However, it’s uncommon to have to replace the full frame at once. It’s much more likely that you could simply have a smaller part of the frame replaced.

If you have a unibody car, though, replacing any one part of the frame may require dismantling half the frame. For this reason, it may not be substantially cheaper to replace something like the firewall and apron versus everything in the car.

This means that a lot of unibody frame damage is considered “totaled” because it costs more than the car is worth.

However, costs of labor can also go up and down quite a bit based on your location and where you go. For example, mechanic’s rates average about $50 per hour across the United States, but in practice, go from $15-$200+.

If you take your vehicle to a body shop instead, you’re very likely to pay $30-$60 per hour. Frame and structural work averages about $60 per hour across the country.

However, OEM-certified shops and dealerships charge an average of $73 per hour. 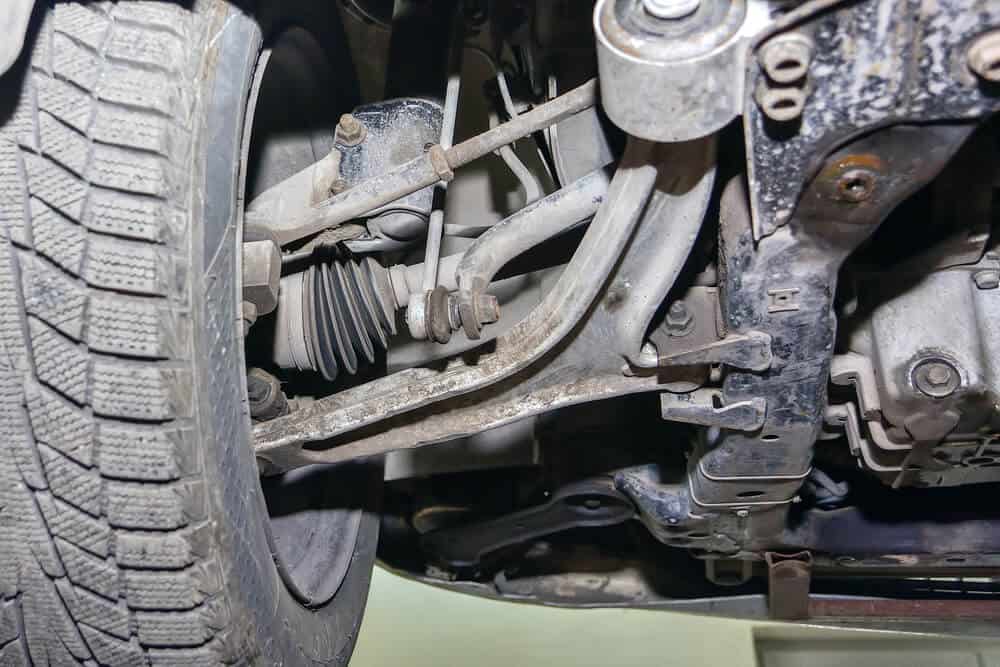 Often, if your frame is damaged badly enough to require replacement, you’ll be able to see symptoms of that damage.

In some cases, signs will match symptoms of suspension issues. For example, if your vehicle pulls in one direction or another. In other cases, damage may be much more extreme.

On average, if you’ve been in a car accident, it’s a good idea to have the frame inspected, even if you don’t see visible damage.

1. Bends in the Frame Rail

If a quick inspection of the frame rail shows that they aren’t uniform, it means at least one of the rails is damaged. Almost all vehicles have perfectly uniform frames and subframe rails. This means that any bends are a sign of damage.

In addition, those bends will throw off the balance of the car, putting more tension on the body. This could impact driving. It will also decrease the safety of the vehicle if you’re in an accident.

While some front-end alignment issues can cause visible lifting or tilting of the car, it shouldn’t be anything extreme.

If your vehicle has visible alignment issues with one end heavily lifted, a lot of weight on one side of the vehicle, or consistent uneven wear, it may be a frame issue.

Here, you can always take the vehicle in for an inspection. There is a chance that the front suspension can cause the same issues. For example, if a tie rod has broken.

However, it’s also important to check the frame if you’ve been in a recent accident or otherwise have a reason to suspect the frame could be having issues.

Any car accident can cause suspension damage. However, if your suspension is canting or sticking out at weird angles, has shifted position, or is twisted, it’s a good sign the issue is the frame and not the suspension.

Of course, you’ll have to know what your suspension should look like to diagnose this issue.

The frame supports the vehicle, which means that misalignment can result in the car body sliding out of place.

Here, you might get issues like poorly closing or fitting doors, gaps in paneling, or paneling that stresses and cracks. If your car frame is bent, it could warp the top of the car, meaning that pieces simply don’t fit together.

Many of these issues can be caused by other problems. For example, window and door gaps might be an issue with the hinges or the door frame. However, especially if those issues are occurring in more than one place on the car, it could also be the frame.

If you can inspect the frame and see visible damage, it’s usually a bad sign for the vehicle. Visible damage includes bends, twists, heavy rust, gouges, and breaks.

Any damage of this type can mean frame failure in case of an accident.

The costs of repairing a car frame are always significant. However, they may exceed the total cost of the car.

Frame damage repair costs often exceed $10,000. For many people, it’s important to evaluate if the repairs are worthwhile before committing to them. Here, it’s very likely that your mechanic will offer advice.

It’s normally a bad idea to repair a car if:

Repairing your car can save you in terms of having to shop for and buy a new car. However, if the damage is extensive enough, it’s also possible that your technician simply won’t do it.

Unless you have a specialty car or are willing to pay to restore an old car, few technicians will want to go through the effort to fully dismantle a unibody frame to repair it.

On the other hand, if the damage is simple, can be patched, or is accessible within 10-16 hours, it’s likely that you can replace the frame for less than the cost of the car.

However, it’s also important to assess if you’ll have to replace both a pair of rails or suspension mounts.

Make sure you discuss the total scope of the job with your technician before committing and then assess whether it’s a good idea to repair or replace your car based on that information.

Car frames are costly to repair. In most cases, you can expect to pay at least $1,000 even for a simple patch. Replacing any one part of the frame will normally cost 8+ hours of time. For that reason, if you have to replace the frame, you can expect rates to be $3,000+ including parts.

In some cases, it’s simply not worthwhile to pay to repair your car. In other cases, it may be. It’s important to assess what repairs will cost for your vehicle and decide from there.