Engine lifters or valve lifters move with the camshaft to open valves in your engine. They’re a critical part of many engines – although they may be replaced with rocker arms in some types of vehicles.

If yours are going out, replacing them is critical, as bad or collapsed lifters can damage the camshaft, change engine performance, and otherwise damage your engine. 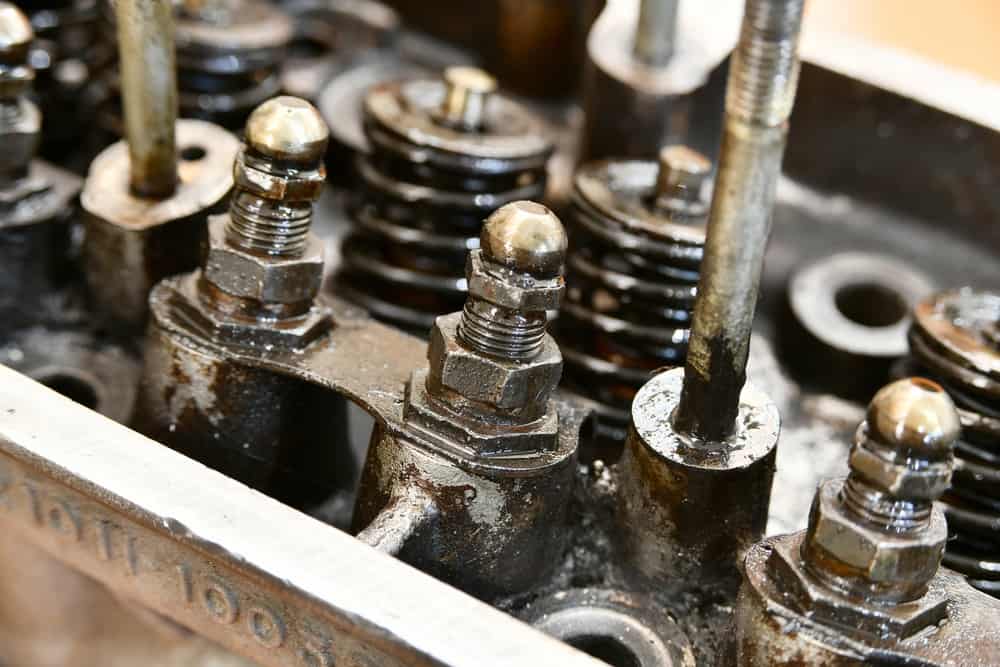 However, if your lifters are going out, you’ll likely have to replace rather than repair them.

Here, the average cost of an engine lifter repair is normally about $1,000-$3,000. However, actual costs depend on the number of lifters in your engine and how many camshafts you have to pull. Normally, you can expect to pay about $20-$40 per lifter plus a minimum of 10 hours of labor at your local rates.

The cost of replacing engine lifters depends on three factors. These include the local cost of labor, the cost of parts, and how many lifters are in your engine.

For example, each valve needs two lifters, which means a V8 will have 16-48 lifters. So, even if you’re paying a few dollars per lift, it can still add up quite a bit.

*Prices are estimates and were correct at the time of writing (January 2023). Cost estimates may have changed since, our figures should be used as a starting point for your own research. 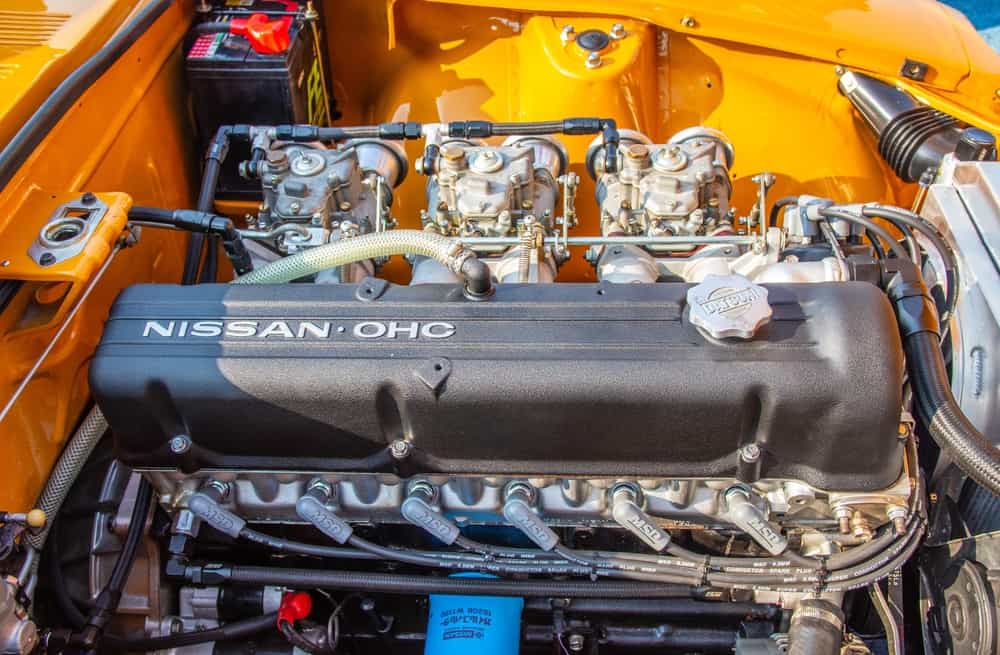 Replacing engine lifters can range in price based on the engine, the number of valves on the cylinders, and the local cost of labor.

You’ll also have to deal with some other cost factors.

The cost of labor is normally the most influential part of replacing a cylinder. In most cases, you can expect that to be over $500 and normally over $1,000.

However, actual rates depend on the total cost of local labor. For example, a local mechanic without certifications might charge $15 an hour. Valve replacements normally take 10-20 hours to complete.

Then you’ll have to put everything back. If you have a V6, you could be pulling four camshafts and up to 48 valve lifters.

At a dealership, you could be paying as much as $250 per hour. That will add up quickly when disassembling an engine.

The more cylinders your engine has, the more lifters you’ll have to replace. Many vehicles will have just four lifters and a single camshaft. That will minimize the amount of work to be done.

However, if you have a V4, V6, or V8 engine, you can expect that you have at least two camshafts per cylinder bank (both of which will have to be removed) and two lifters per valve.

Considering some modern engine layouts have up to 5 valves per cylinder, costs can be immense.

In addition, you’ll normally pay more for engines with hydraulic lifters, although differences can be minimal.

In most cases, you’ll have to replace all lifters in your vehicle at once. It’s also often recommended to replace the camshaft at the same time, because a collapsed or ticking lifter can damage the camshaft.

If the camshaft is damaged, it can further damage the engine, including the lifters you just replaced.

In addition, if you have a hydraulic engine, you’ll have to replace the manifold gasket as well. You may also have to pay to have the onboard electronics reset.

This means that costs can be considerably higher than expected, as camshafts can cost several hundred dollars to over $1,000 each. 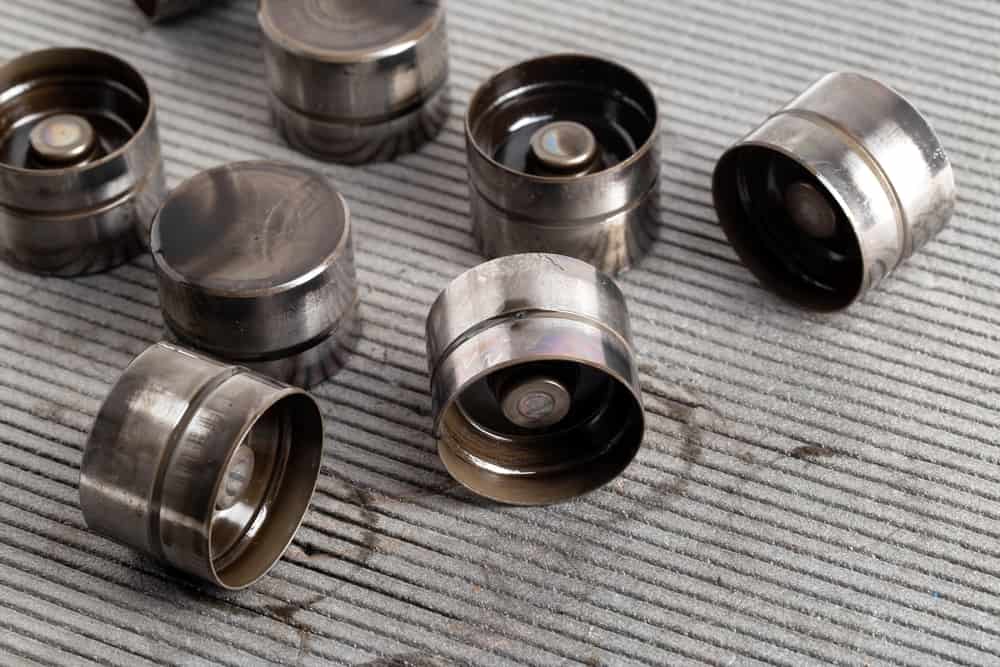 The most common sign of a hydraulic lifter going out is engine tapping. However, if you have a cap system like most Toyotas, you won’t even get that.

This means you may have to wait until engine performance drops before you even realize something is wrong. If that’s the case, it’s probably time to replace the camshaft as well as the lifters.

However, in many vehicles, you’ll notice the following four symptoms of your lifters going out.

Bad lifters can tap, knock, or tick under the hood. This sound is so significant that if you go into a mechanic with your vehicle ticking, it’s likely the first thing they’ll check.

Here, ticking sounds should align with the engine turning over, as it should relate to the bad lifter(s) not properly engaging with the camshaft.

That can be because the lifter is physically damaged. For example, if it’s collapsed, it will be physically crushed inside or out.

On the other hand, if you have hydraulic lifters, the oil pathway inside may be damaged – which is less likely to tick unless the lifter is stuck slightly too close to the valve.

Either way, whether or not the ticking sounds are because of a faulty engine lifter, the ticking is always a reason to go to the local mechanic and get a checkup.

In addition, while many companies sell oil additives to reduce engine ticking from lifters, that’s not really a solution. It may temporarily reduce noise, but it may not prevent engine damage or the problem from getting worse.

If your engine misfires on a cold start, it always means your engine has a fuel injection issue. That may be the lifters having problems.

Of course, it might also be the valves, the camshaft, the spark plugs, or even the fuel injectors. But, if you’re misfiring on a cold start, you have an issue and it could be a lifter problem.

However, you’ll have to inspect your vehicle or check error codes to be sure.

All fuel injection issues impact vehicle performance. In most cases, you’ll notice this when accelerating, when trying to maintain speed, when going uphill, or when trying to tow or pull something.

If engine performance is dropping and your vehicle is using more fuel, you probably have an issue with the fuel injection. That issue may be as simple as a dirty filter.

However, it could be as bad as damaged camshafts and lifters.

In most cases, if a valve lifter goes out, your check engine light will come on.

You’ll probably also get a code from the vehicle telling you the issue if you take it to the dealer.

How Do You Repair Engine Lifters? (12 Steps)

Replacing engine lifters is a time-consuming job that will require resetting the timing on the engine. You’ll also have to disassemble the full top of the engine, which will involve a significant amount of work.

In most cases, it’s not recommended to do it yourself unless you know how to set and manage engine timing. However, you can choose to mark engine timing with paint to ensure the timing belt goes on right.

It’s important to note that if you’re using the same camshaft, you should take it out with care to avoid damaging the camshaft.

Finally, VW and Vauxhall engines have the tappets or valve lifters in the camshaft case.

This means that you’ll have to take the camshaft case out of the engine, turn the case on its side to avoid spilling the tappets, and then replace the tappets in the same order and positions as you removed them.

If you still have questions about replacing your engine lifters, this FAQ should help.

How long can you drive with bad engine lifters?

It’s better not to drive with bad engine lifters. In fact, the more you do so, the more likely you’ll end up replacing the camshaft(s).

If you have a bad or collapsed lifter, it’s not lifting the valve, so fuel isn’t being injected into that cylinder. That will throw your entire engine performance off.

That becomes even worse if your valve is trapped open, in which case, your engine will likely fail very quickly, because engine pressure and air-fuel ratios will go off.

What are lifters in an engine?

In hydraulic versions, the lifters are pressurized to control movement. In mechanical versions, they’re connected directly to the camshaft.

Do I have to replace all lifters?

It’s normally recommended to replace all lifters in your vehicle at once. If you don’t, you should at least replace all of the lifters on that bank of cylinders. This ensures that performance remains consistent across the engine.

However, it’s always best to simply replace all lifters at once, because the issue that caused one to fail can cause all of them to fail at a similar point in time.

Do you have to replace the camshaft with your lifters?

It may be necessary to replace the camshaft at the same time as the lifters. However, it may not.

Here, you’ll want to inspect the camshaft, consider its age, and consider the parts around it. At the least, you’ll have to pull the camshaft to replace the lifters.

This means you’ll have plenty of room to inspect the camshaft and decide if it needs replacing before buying the new part.

How long do engine lifters last?

Engine lifters should last the lifetime of the vehicle. Often, they will never go out. Therefore, there’s no timeline for replacing them.

If they do go out, it’s important to figure out why, including how to prevent the issue from happening again to the new lifters.

Replacing engine lifters is not something that will happen very often. However, when it does, you can expect it to cost anywhere between $1,000 and $4,500 depending on your vehicle, the cost of local labor, and the number of valves in your vehicle. Often the full job will take 10+ hours and you can pay as much as $65+ per lifter in your vehicle.