Why Are Catalytic Converters So Expensive? [11 Reasons 2022]

Catalytic converters are essential components of combustion engine vehicles. Their role is to convert toxic fumes and pollutants into less toxic emissions via a catalytic redox reaction.

But while their role is essential, these are some of the most expensive parts of a car. 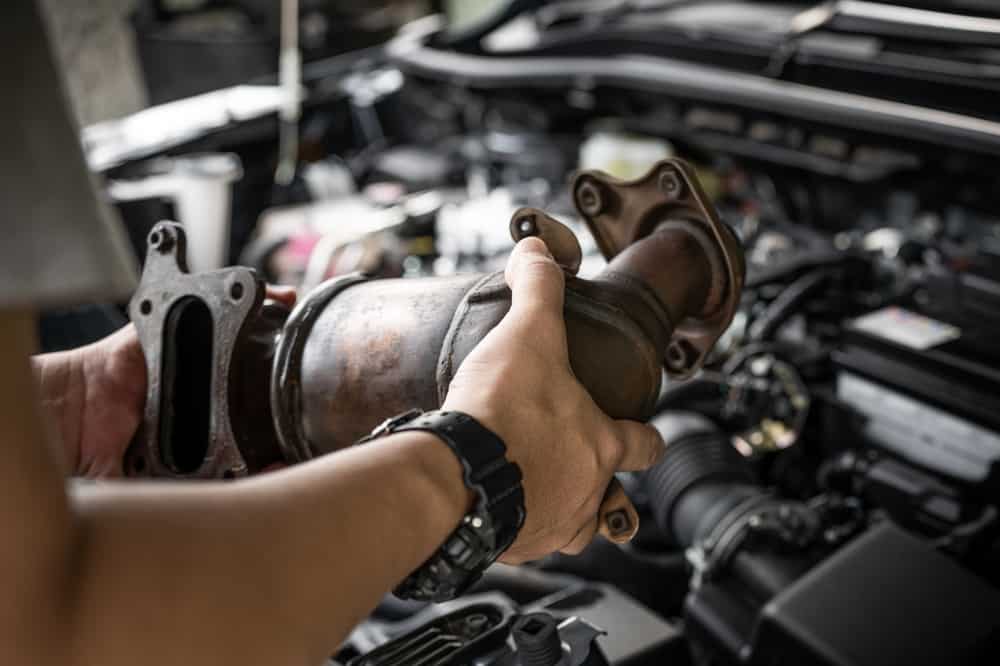 Catalytic converters are so expensive because they use expensive metals to oxidize carbon monoxide and hydrocarbons and transform them into safer combustion byproducts. The complex manufacturing process and adherence to standards add to the price. Regulations and certifications also increase the costs. Furthermore, the brand, converter type, size, and recycling value also drive the costs up.

Three years later, the Environmental Protection Agency (EPA) mandated that all cars manufactured from 1975 onwards must have a catalytic converter to meet air emission standards.

However, even though these devices have been around for more than 45 years, their design and technology didn’t see major shifts over time.

To convert carbon monoxide and other toxic fumes into safer combustion byproducts, catalytic converters use precious metals like palladium, platinum, and rhodium.

While all these metals are expensive, rhodium has the highest price. As the most expensive metal on Earth, rhodium costs around $435 per gram – which turns out to be over $13,500 per ounce.

Considering that a catalytic converter can contain up to two grams of rhodium, the metal alone drives the costs to around $800.

More often than not, catalyst converters contain a mix of rhodium, platinum, and palladium, making the device even more expensive.

Cerium aids the redox reaction and improves the performance of engines, but it adds up to the costs of the device.

Although its price has dropped over time, the amount of cerium in a catalytic converter – between 50 and 100 grams – can still drive costs up.

The first catalytic converter was invented by a French mechanical engineer in the 1950s. The newest models still follow the original design, but even if the manufacturing process is mainstreamed, it still requires skilled workers.

It also must be said that catalytic converters are not manufactured by car brands directly.

The major players in the catalytic converters world are BASF SE – the largest chemical producer in the world – and CDTi Advanced Materials Inc., an American company that specializes in vehicle emission control systems.

Thus, in addition to production costs, catalytic converters acquired from different car brands are expensive because those brands buy them from the manufacturers and sell them at a higher price. 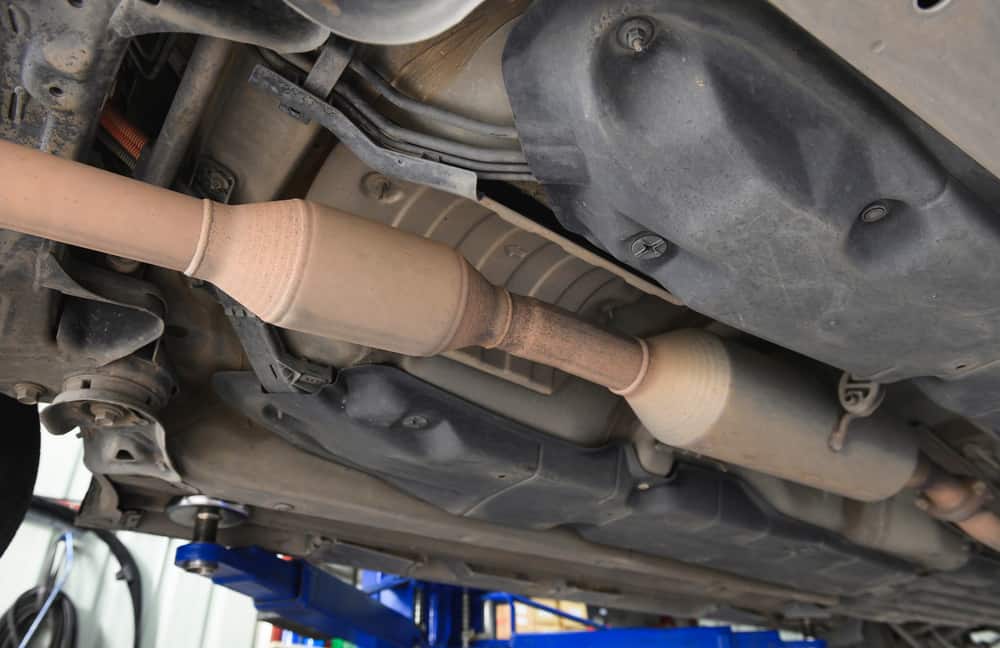 Two-way catalytic converters are not used anymore, but they can still be found on vehicles manufactured until 1981.

Finding a new replacement for a two-way catalytic converter is hard, but second-hand parts can cost $500 or more, depending on the vehicle’s make and model.

Three-way catalytic converters equip vehicles manufactured after 1981 and can cost anywhere from $700 to $1,750.

Another factor that affects the price is the size of the converter. Depending on the vehicle’s make and model, catalyst converters can be anywhere from 13 to 45 inches long.

The longer the device, the more precious metals and other materials it will need; thus, the more it will cost.

Beyond the size, the car make and model can also have a direct impact on how much spare parts – including catalytic converters – cost.

The average catalyst converter costs between $800 and $1,200, depending on the vehicle’s make and model, including the type of converter it needs.

However, premium cars such as Ferrari have more expensive parts. A catalyst converter for a Ferrari F430, for instance, costs around $3,770. And if this wasn’t enough, this car model needs two of them instead of just one.

Similarly, the Lamborghini Aventador requires two converters priced at $3,120 one.

All catalyst converters must be EPA-certified. However, most vehicles nowadays are also CARB-compliant.

Certifications are earned by demonstrating that specific standards are met. Manufacturers must test their products, both in-house and with independent testing agencies.

All these procedures are costly, and they drive up the final cost of a converter.

Most car owners will never have to replace their catalytic converter unless it becomes damaged or is stolen. 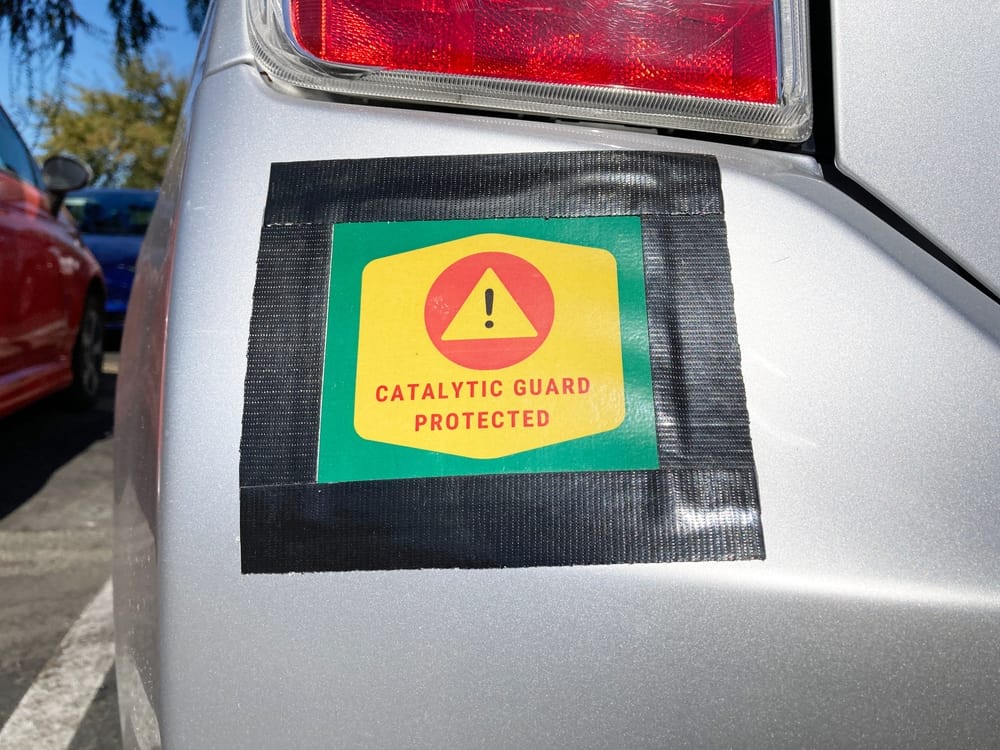 If you need a new one, the dealer will likely have to order it from the factory, which in turn buys it from the manufacturer. This drives up costs.

In addition to certifications, all parts on a car must also comply with a set of regulations issued by the United States Department of Transportation.

Compliance with these laws and adherence to standards generally inflate the price of a product.

Car servicing is often expensive, even more so if the broken part is one that rarely needs replacing. Depending on your car’s make and model, you might have to take it to a specialized service center rather than a local mechanic. 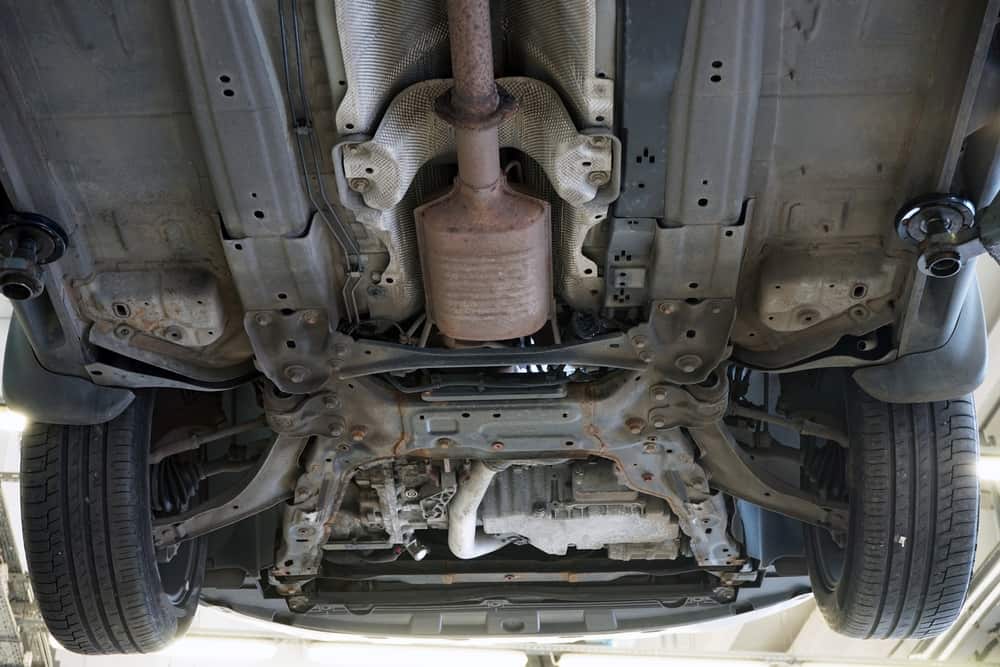 Labor costs vary widely based on location, but you can expect to pay anywhere between $70 and $130 per hour.

The DIYer type who’d like to cut off costs and replace the part themselves should know that it is illegal to do so.

Another reason catalytic converters are so expensive is that they have a high recycling value.

This allows car brands, car dumps, and even car owners to recoup a portion of the part’s cost when returning a vehicle for disposal or when replacing a broken part.

This is also one of the reasons why thieves target catalytic converters instead of other vehicle parts.

Catalytic converters are expensive because they contain precious metals and rare earth elements. The manufacturing process, which has to respect certain standards, is also expensive. Furthermore, the type and length can affect the final cost.

The vehicle make and model also have a direct impact on the part’s final price. The good news is that catalytic converters have a long lifespan and will usually last as long as the car.