If your motor is pinging, your engine is vibrating a lot, or you think your powertrain control module (PCM) should have informed you something was wrong with preignition, but it didn’t, the knock sensor may be the culprit.

This tiny piezoelectric sensor tells your car’s onboard computer when the preignition ping becomes knock – so it can correct the issue or alert you to the problem. 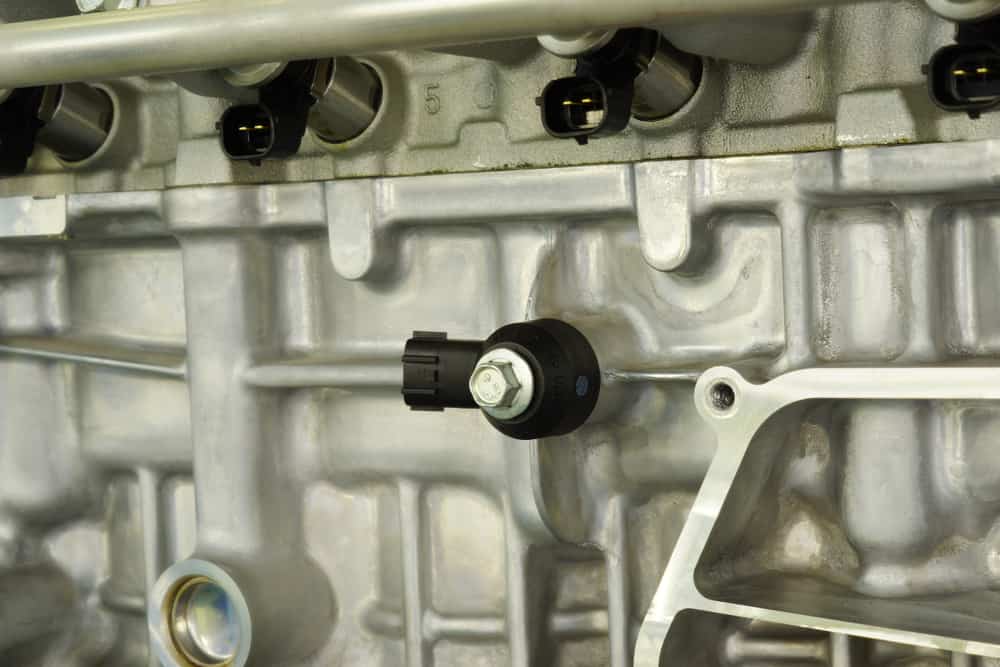 Knock sensor replacement costs normally range between $150 and $500. That includes $14-$850 in parts and about 1-5 hours of labor, averaging $90-$300 in labor. These costs depend on the make and model, the replacement sensor, and the cost of labor.

How Much Does Knock Sensor Replacement Cost?*

The cost of a new knock sensor will heavily depend on the cost of the replacement part, the cost of labor, and your vehicle.

For example, in most vehicles, you can relatively easily swap out the sensor in about an hour. In others, it will take 2 or more hours.

In addition, the make and model of vehicle will impact the direct cost of the part. For example, OEM Toyota knock sensors normally cost around $30-$50 while the same part for a Land Rover will cost $150+.

In most cases, the cost of labor is the largest price factor in replacing a knock sensor. That’s because piezoelectric sensors are simple to make, so parts are normally cheap. 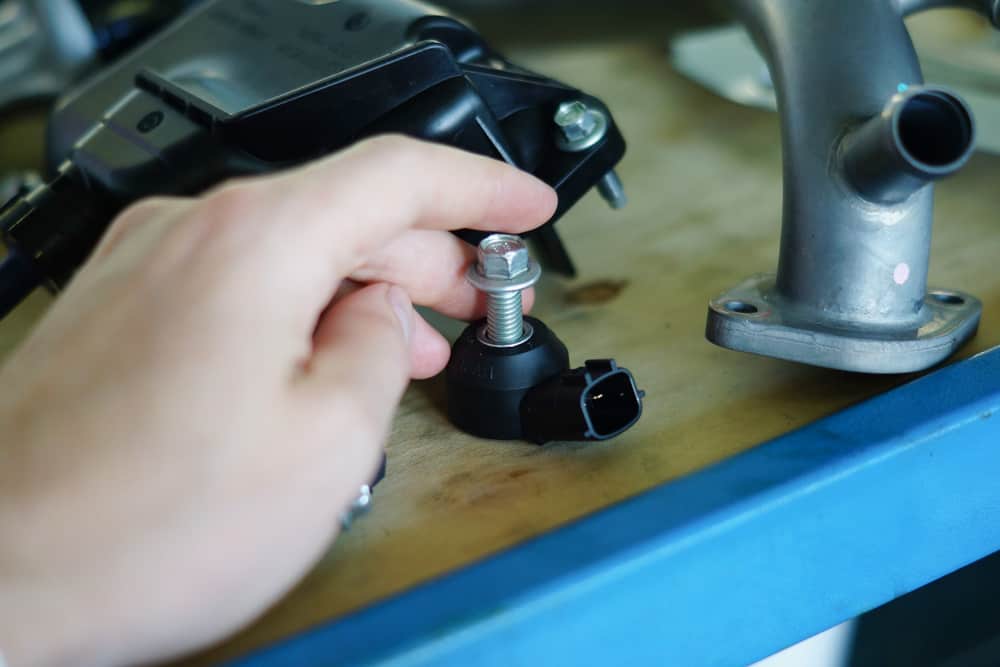 However, there are many other factors that might impact the total cost of the work:

On the other hand, if you have a V6, V8, or V10 engine, you’ll have two. That’s because you need a knock sensor per bank on the engine.

Of course, just because you have two knock sensors doesn’t mean you have to replace all of them. At the same time, it makes sense to do so, because getting to the sensors in the first place is most of the work and the parts themselves are usually cheap.

Other Parts Being Replaced

In addition, you have to take off the intake manifold, the air plenum, and often the timing belt.

Taking the time to replace gaskets and belts that are worn while you have them off anyway could save you on labor costs or on breakdowns if you’d have to do so later anyway.

Therefore, it’s always a good idea to inspect parts as you take them apart to be sure.

The cost of labor is normally the largest expense in replacing a knock sensor. That’s because the knock sensor is almost always under the intake manifold.

This means you’ll have to take that off to access it. And, unfortunately, that can require removing quite a few other parts.

In most cases, you can expect replacing the knock sensor to take 1-3 hours. In some cases, it will take up to 5.

Depending on your geographic location and the cost of labor in your area, that will result in anywhere from $90-$400+ in costs. In addition, most dealerships start rates at around $400-$600 for labor.

The make and model of your vehicle impact the cost of the part, the amount of room in the engine, and how much work it is to access the knock sensor in the first place.

In addition, if you have a common vehicle, your mechanic knows how to get to the sensor, what to do to replace the part, and otherwise exactly how much time it will take. That can reduce the total cost of your quote.

This current alerts the onboard PMC or EEC that the preignition ping has become a knock – indicating a problem with the fuel injection system.

However, because piezoelectric sensors are just made of a ring of piezoelectric capable ceramic in a housing that fits onto the sensor output in the engine, almost anyone can make them.

This is one of the few parts you can actually order on sites like AliExpress. You probably wouldn’t want to, but you can.

However, this does mean that the cost of a knock sensor ranges from about $2 to well over $300 depending on the brand, the manufacturer, etc. There will be quality differences. On the other hand, you will have options and ways to save money.

4 Symptoms of a Bad Knock Sensor

You should always get a check engine light and an error code when your knock sensor stops responding.

If the knock sensor isn’t sensing knock and allowing the control unit to adjust the ignition signal per cylinder, your engine will start knocking.

When this occurs, you’ll hear a steady pinging or even a loud knocking sound from the engine compartment.

A knocking engine can be a symptom of other issues with the fuel injection or the exhaust. However, a knock sensor is a common culprit.

If your knock sensor isn’t working properly, your engine won’t be timing itself correctly. That normally means your engine will lose power.

Why? Your engine has default values built-in in case it doesn’t receive input from the knock sensor.

These values are intended to prevent the engine from overperforming without a safety check in place, preventing further damage.

However, you will notice it quite a bit when you go to accelerate, go up a hill, or try to tow something.

You’ll likely see a drop in fuel economy as your knock sensor goes bad. Normally, this happens because the default engine values are not optimized for fuel performance.

Of course, this won’t be extremely noticeable. But, it will add up over time.

If your engine starts having issues such as jerking, shaking, vibrating, engine misfires, or strong exhaust smells, the fuel injection system is a likely culprit. Here, the knock sensor may be the cause.

However, any part of the fuel injection system could cause the same issues.

Changing A Knock Sensor in 8 Steps

If you want to replace your car’s knock sensor, you can do so to save most of the cost of the job. However, this is a tough job, and it may take several hours.

Of course, some cars make replacing the knock sensor easy. Others require taking out a large number of parts first. Make sure you have your car’s repair manual at hand.

In addition, before you replace the old knock sensor, it’s good practice to troubleshoot the connections.

Replacing a knock sensor is a complicated job. These answers should help.

What happens if a knock sensor goes out?

Knock sensors sense motion in the engine and allow the onboard computer to reduce ignition power when there’s a knock.

When the sensor goes out, the engine does this automatically, causing reduced engine power. The timing will be off, which also means you’ll use more fuel.

In addition, you could hear a persistent engine ping or knock.

Can you drive with a bad knock sensor?

If you don’t replace the knock sensor, your engine won’t be able to correct pinging or knock. Eventually, that could mean bad pistons, a bad catalytic converter, and bad fuel injectors.

Does a bad knock sensor impact the transmission?

A bad knock sensor will set the engine timing off. This can mean that your transmission slips into the wrong gear.

Over time, this will cause more wear and tear on the transmission and could cause other issues with it.

Most knock sensors will last the lifetime of the vehicle. But, if yours goes out, it will negatively impact vehicle performance, engine stability, and noise levels. Replacing it ASAP is important to protecting your engine. Knock sensor replacement costs usually range between $150 and $500, or you can do the work yourself and pay for parts from $15-$850.