On the other hand, replacing your cylinder head could cost you a few hundred dollars and nothing more. 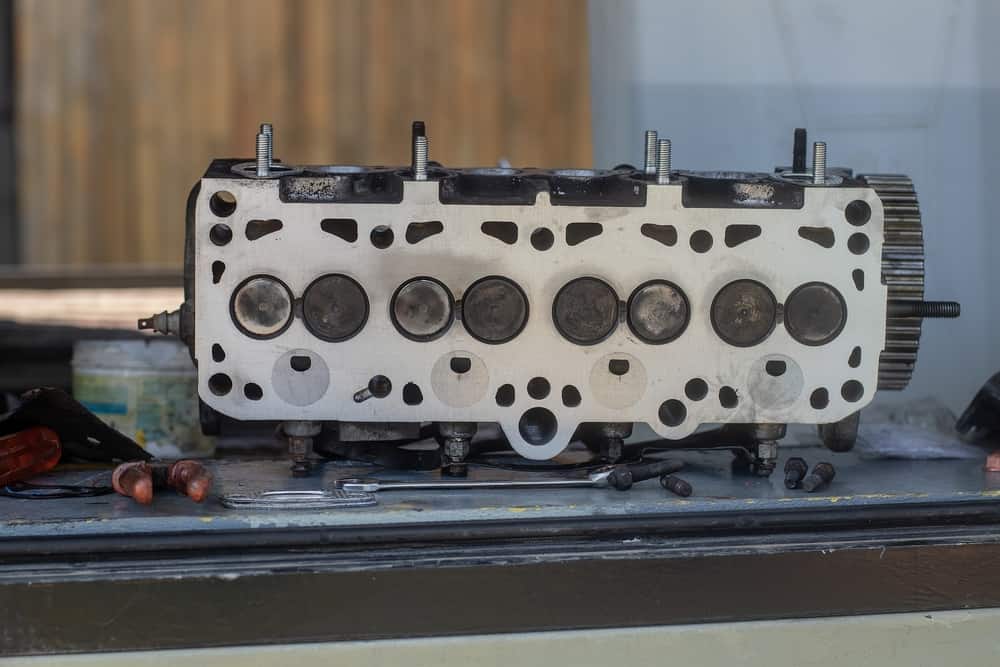 That’s because the average cost of cylinder head replacement is $800-$3,000. Here, the parts will cost anywhere from $140 to $3,500+. The rest is labor, because replacing a cylinder head means disassembling the top of the engine.

How Much Does Cylinder Head Replacement Cost?*

The cost of a cylinder head replacement depends on the make and model of your vehicle, your mechanic’s rates, and the type of part you put in.

A performance part will always cost more than a generic one. In addition, some engines require significantly more disassembly than others.

The following chart includes rough estimates for replacing a cylinder head in various makes and models of vehicles.

In most cases, the largest cost factor in replacing the cylinder head in your engine is the make and model of the vehicle. That will impact the number of cylinder heads, the cost of base parts, and the labor to replace the part. 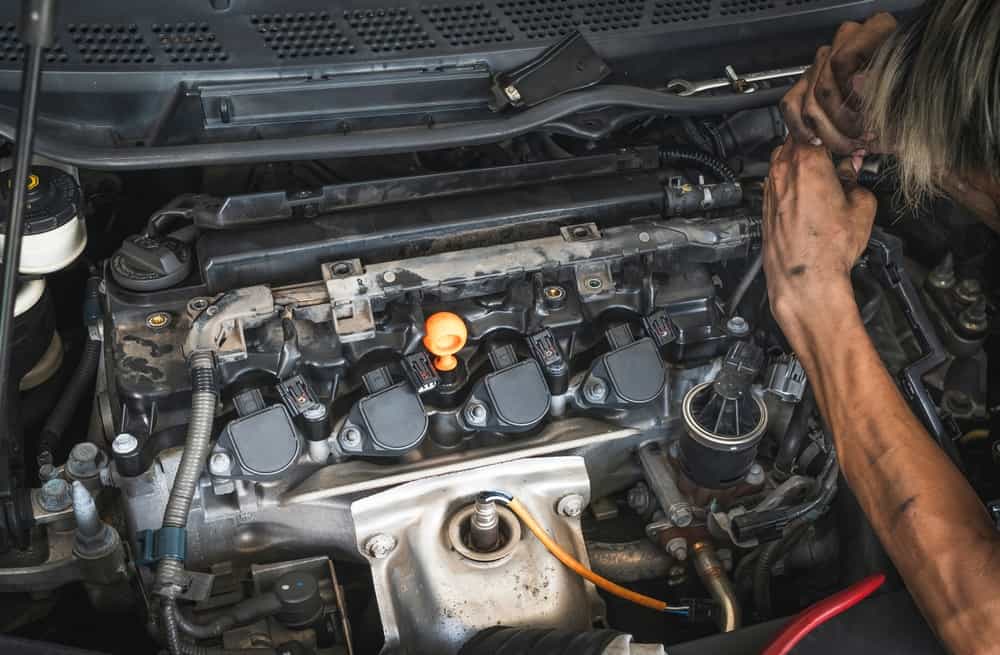 However, the cost of labor, the brand of the part, and even the condition of the part will also matter a great deal.

Most inline engines have a single cylinder head shared by all cylinders.

However, any “V” engine will have two cylinder heads, or one per bank of cylinders. This means that you might have to replace more than one cylinder head.

However, it’s unlikely that both sides would be damaged at once, unless your issue is major engine overheating or broken pistons.

If you do have to replace both cylinder heads, the parts will cost twice as much. However, labor won’t, because once the engine is disassembled, replacing the second is much easier.

In addition, it’s more complicated to replace a cylinder head on a 2-head engine than a single-head one. That’s because the cylinder head can get in the way of removing the other, so it takes more time.

Replacing a cylinder head may require removing an engine from the car. However, the amount of labor depends on your engine.

Depending on your engine, you might also have to fully remove the manifold(s). In other engines, you can partially unbolt them and move them out of the way.

So, the time to disassemble the engine to remove an engine cylinder head can vary quite a bit. That’s entirely dependent on how the manufacturer put your vehicle together.

A cylinder head will always cost somewhere between $150 and $6,000, with the lowest price being for a secondhand or remanufactured part and the highest being for a performance or rare part.

Eventual costs will depend on what you choose for your engine, what your mechanic is able to purchase, etc.

Labor costs can make up a considerable portion of the cost of replacing a cylinder head. Here, you can usually expect the work to take 6-15 hours, depending on the vehicle.

In the simplest vehicles, your mechanic may be able to do the work in less time. However, it’s unlikely.

So, you’re most often looking at a multi-day project, where you’ll pay an hourly rate for labor, lot fees, and the shop fee.

Cylinder heads are under a lot of pressure, simply because they create a chamber for fuel combustion. Fatigue can cause the cylinder head to warp, bend, or crack.

But, often, cylinder head damage is the result of overheating or other issues in your car. This might be bad bearings, bad piston rods, etc. Or, it might just be a fluke.

In addition, taking out the cylinder head means removing the manifold.

It’s a great time to assess the intake manifold gasket and the head gasket to see if either need replacing. In fact, you should always replace the head gasket when replacing the cylinder head.

Finally, you’ll need new engine oil and coolant. If you have an Overhead Cam system (OHC) you might also need new camshaft seals.

5 Symptoms of a Bad Cylinder Head

If your cylinder head is having issues, those problems will be difficult to tell apart from problems in any other part of the exhaust or combustion. 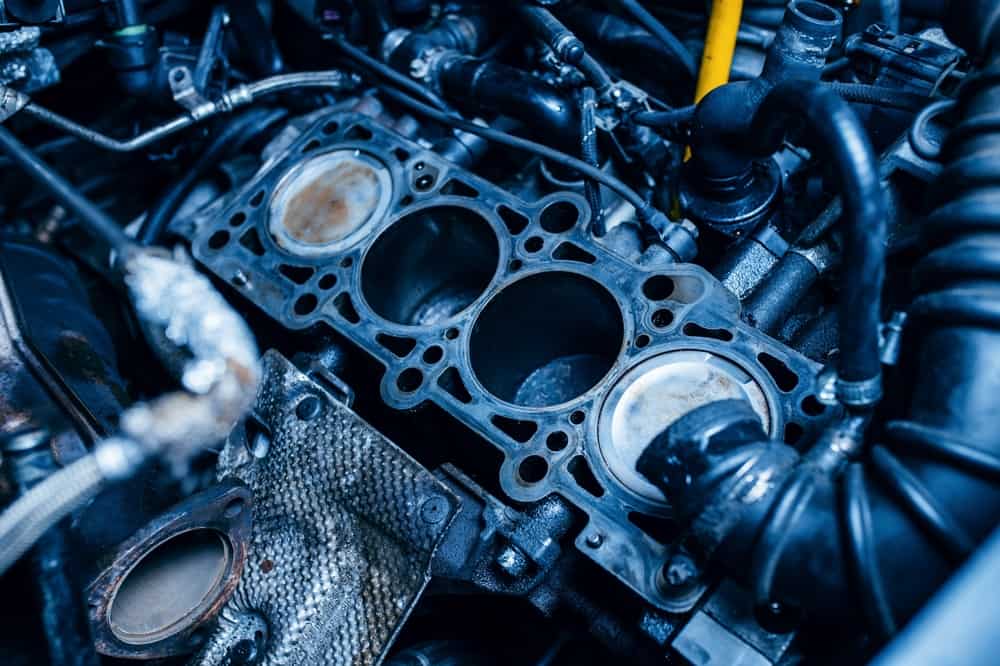 So, you’ll have to inspect the full system, including the cylinder head if you see any of the following symptoms:

Oil always sits on top of the cylinder head. However, if oil is leaking out around the gasket or from underneath, it usually means there’s a problem.

In addition, if you’re seeing white smoke from your exhaust, it may mean that oil is leaking through a cracked cylinder head.

If you’re dropping or losing coolant, the cylinder head isn’t the first place you check. But, it can be the cause.

A cracked cylinder head might cause coolant to leak, which will result in overheating, darker exhaust smoke, and a misfiring engine.

If your engine is running hot or keeps overheating, that alone will put extra stress on the cylinder head. However, it can also be a sign that the head is already cracked or warped.

During normal function, coolant runs over the head to remove heat. When it’s cracked or warped, this process is inefficient, and coolant may leak out.

As a result, your engine will overheat, causing even more damage to the head.

If your cylinder heads are warped or cracked, your engine won’t be combusting fuel as efficiently as it could. This means you will see a drop in performance and will likely use more fuel to achieve that.

This issue can stem from any part of the combustion or exhaust, so it’s important to inspect everything.

If your cylinders are visibly warped or damaged, it’s time for new ones.

However, it’s also important to assess why the damage happened so that you don’t immediately damage new cylinders.

How to Replace a Cylinder Head: 10 Steps

Replacing the cylinder head is a time-consuming job. However, except for setting the timing, it’s a relatively straightforward job. This means you can normally do the work yourself to save a considerable part of the cost of the work.

Here, it’s important to note that the process will vary significantly based on whether you have an OHV or an OHC engine.

You should always double-check everything before turning the engine on. You’ll also want to refill the coolant and the oil and break those in.

Then, start the engine and allow it to idle to ensure everything is working as intended. If you hear loud noises, sputtering, have too much smoke, etc., it’s a good sign not everything is properly installed.

If your cylinder heads go out, it may be time for a new short block. On the other hand, if your engine has less than 300,000 miles on it, it may be reasonable to replace the cylinder heads. On average, cylinder head replacement costs top $1,000 and may exceed $4,000. However, you could also do the work yourself, providing you have at least a day to do the work.