The Apple company has inarguably been at the top of the consumer technology field for the last four decades. They revolutionized personal computers, music players, and tech accessories.

One of their most coveted items is the AirPods, a set of sleek, wireless earbuds. They’re still extremely popular even years after their first release, but their price can be prohibitive. The 2nd generation set costs $129, and each newer version beyond that is more expensive than the last. 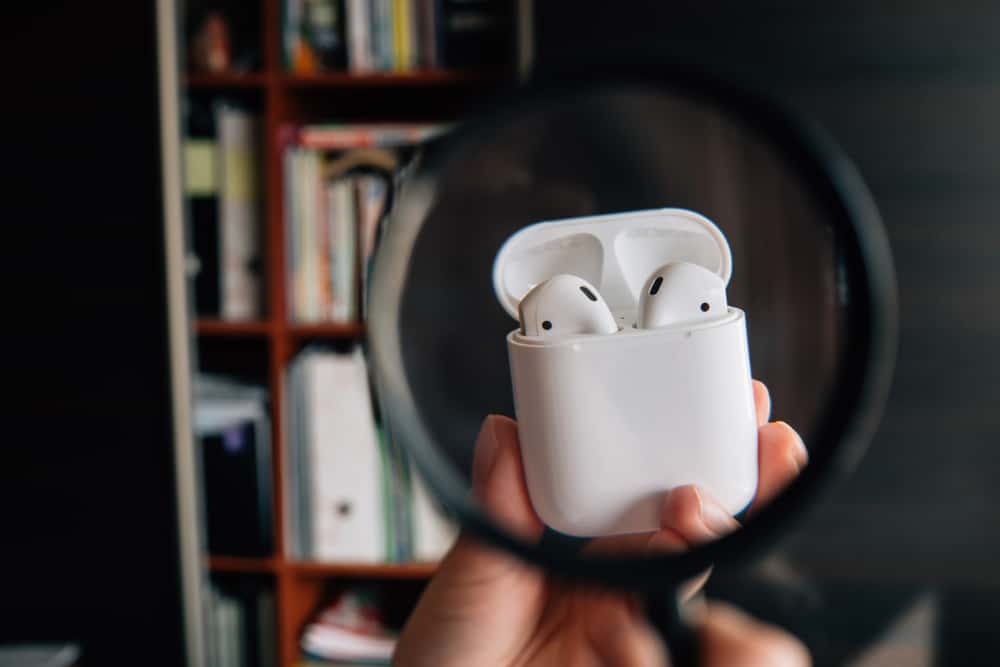 AirPods are so expensive because they’re top-quality earbuds from a trusted brand. They were among the first wireless earbuds on the market, setting the example for the ones that came after. They also fit with the “Apple” lifestyle many covet and are willing to pay a premium to have.

Let’s look at the top six reasons why Apple AirPods are so expensive.

First and foremost, Apple is one of the “hottest” technology brands today, and they have been for decades.

In 2021, Apple products made up three of the top four most-searched tech gifts for the holiday season, according to Google’s data.

Apple consistently comes out with tech that’s both cutting edge and stylish, and not only audio tech. Their brand is recognized as one of the best for computers, smartphones, and tech accessories.

There’s a sense of loyalty from Apple fans that means they’re ready and willing to pay more to a company that they’ve had great results from in the past.

Though not the first widely-available wireless earbuds (that distinction belongs to Japanese company Onkyo), Apple AirPods were only introduced two years afterward in 2017. 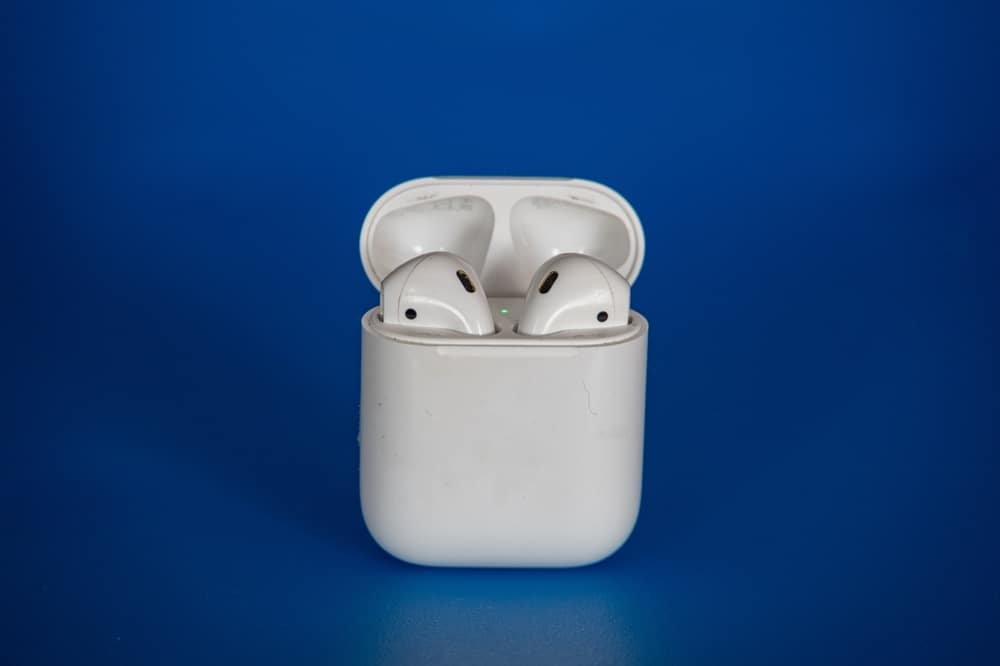 While initially met with a lukewarm response, in recent years their popularity has increased and spawned several competitors.

No matter how many imitators appear, though, it was Apple that really paved the way. Apple’s wireless earbuds are compact and lightweight, but still pack a powerful punch of sound. That’s worth the higher price tag for real audiophiles.

Owning the latest Apple product is seen as a symbol of status. It means you have the taste (and the funds) to own what some consider the best tech there is.

Apple is known for its minimalist designs, its branding having a heavy focus on the color white. Rather than a gaudy showpiece, Apple AirPods are subtle and don’t look out of place with any outfit or style.

Each pair of AirPods comes with a wireless charging case. Obviously, wireless charging is a must for wireless earbuds, but the case is handy as well. AirPods are small and it’s easy for them to go unnoticed if they’re dropped or lost.

While it is convenient to not have to buy a case or a wireless charger as a separate purchase, you’re not exactly getting these accessories for free.

Apple still has to cover the expense that goes into making their AirPods and accessories – as well as make themselves a profit.

The cost of the included accessories does factor into the final price of the AirPods.

It seems hard to believe, but AirPods actually have noise-canceling capabilities. This isn’t an easy feat for small pieces of plastic that don’t cover your entire ear.

Apple has been improving its technology, and the newest AirPods now create a full seal on your ear canal. 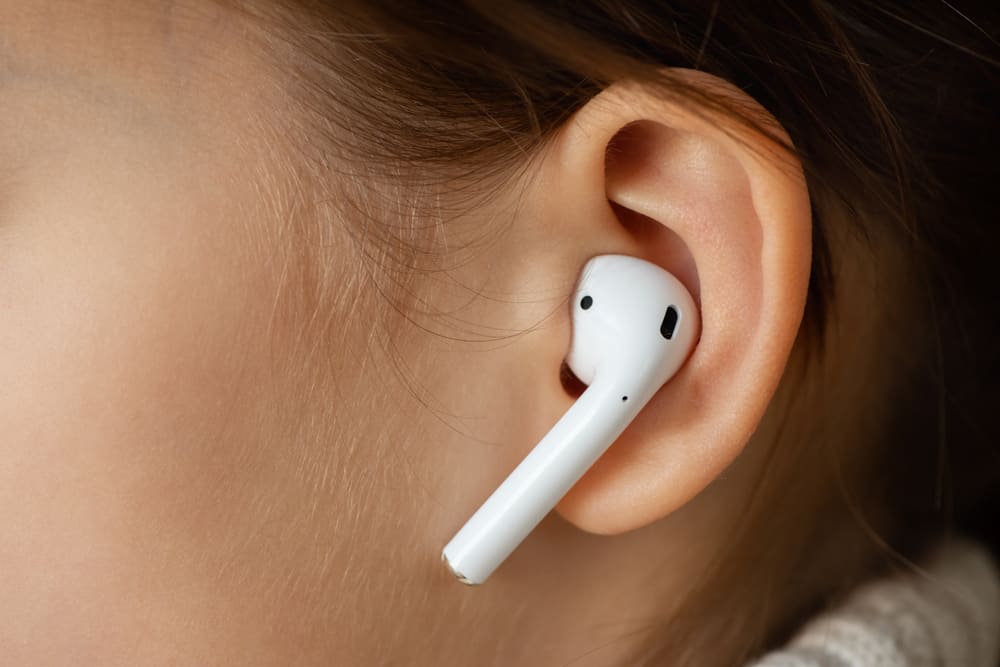 Then there’s the quality of the sound the AirPods produce themselves. They use “Adaptive EQ” which uses the shape of your ear to equalize your audio, providing a better sound for each individual.

Apple products, for better or for worse, are intended to work almost exclusively with other Apple tech. AirPods are no exception – if you need a new charger or replacement part, you have to buy from Apple.

And when a new version comes along, there’s a chance your older model will become obsolete or will no longer get any support from Apple, even if it still works fine. 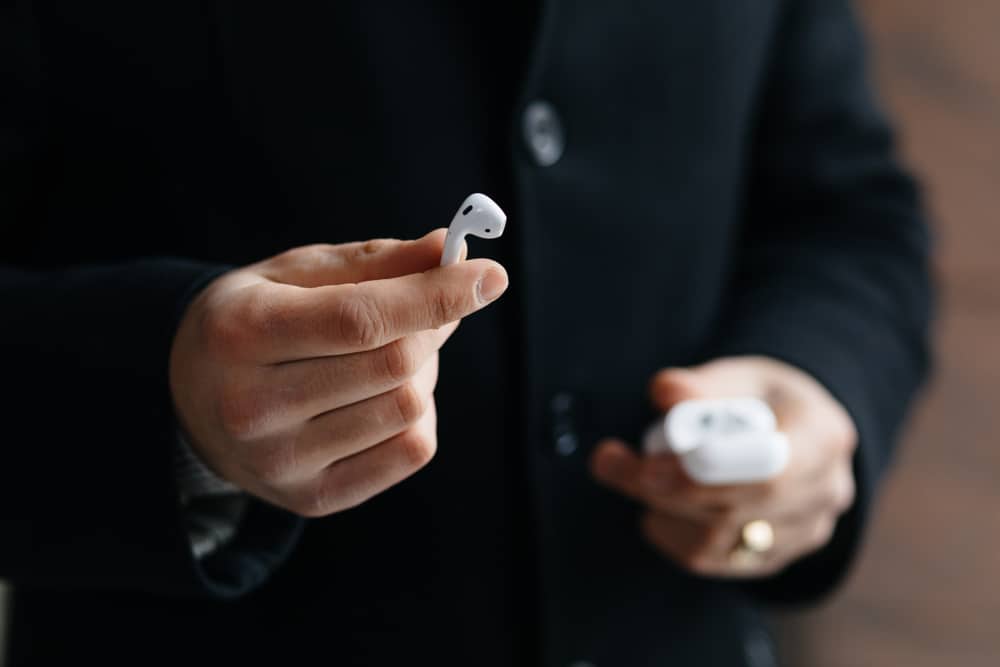 On the one hand, this means that Apple can provide tech they know will be the most compatible with all of their products.

On the other hand, you can have extreme difficulty customizing your experience with Apple products.

It also means that while offering you the top tech, Apple can also charge the top prices. Because their devices rely on proprietary technology, Apple has no competitors outside of the base models of their products.

You could go for a less expensive brand and open yourself up to a wide range of products from multiple other brands. But Apple has a lot to offer for its base prices, so it can be easy to slip into the cycle of Apple-exclusive purchases.

It’s not only AirPods that cost a pretty penny. Many of Apple’s products tend to be more expensive than their competitors. However, when you consider what goes into each product, especially AirPods, you can see that the tech and branding add up – and why so many people are willing to pay even more just to own something of the Apple brand.

AirPods kicked off the wireless earbuds trend and are still at the top today. They use cutting-edge technology to provide quality sound in a stylish, compact device. On top of that, AirPods come packaged with necessary accessories, so you don’t have to buy them as separate purchases.

In the end, it’s up to you to determine if Apple AirPods are worth the price, but now you know some of the reasons they cost that much in the first place. With that knowledge, you can make now make a more informed decision before you buy.