The Most Expensive Places to Own a Home in Florida

The Sunshine State is home to millions of homeowners – some of whom pay more than others. The average Floridian spends 33% of their income to afford their home. According to the Department of Housing and Urban Development, the average Floridian is housing cost burdened. In some areas of the state, affording a home means paying over 40 or 50% of ones income. In this study we examine the the most expensive and affordable places to own a home in Florida.

In Florida, the majority of the most expensive places are on the south eastern cost of Florida around Miami. Miami itself is the most expensive place to own a home with Miami Beach coming in at a close 2nd. The average resident of both places spends over 60% of their income to afford a home. Hialeah, just outside of Miami, is also highly expensive, though not nearly as bad as Miami. 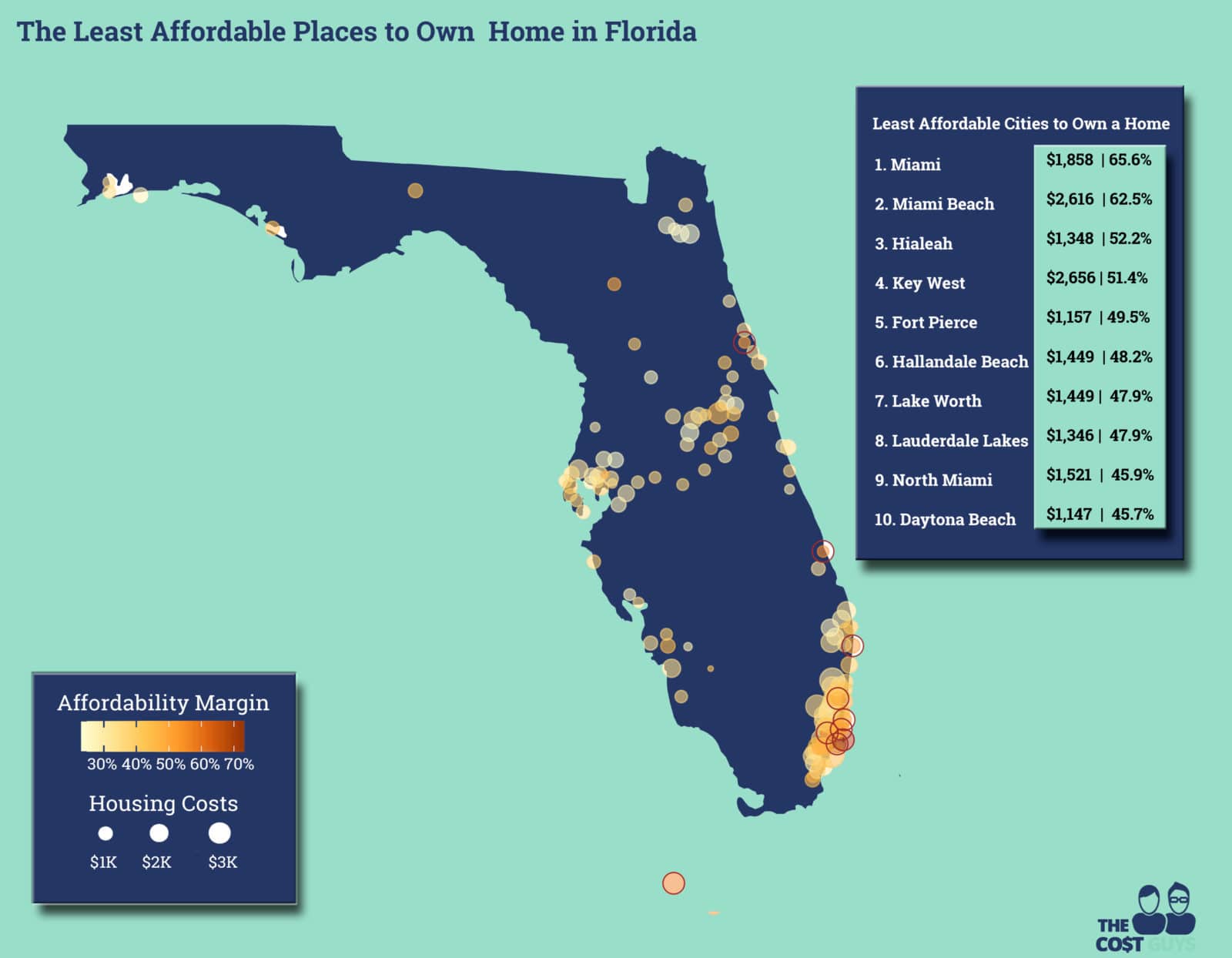 The most affordable places to own a home in Florida are on the opposite side of the state – mainly outside the Jacksonville area. Fleming Island – an upper middle class city close to Jacksonville where residents make 3x more than the average Miamian has housing costs cheaper than South Beach. Fruit Cove is also just outside of Jacksonville and residents there pay just a tad bit more than 23% of their income to afford their home. 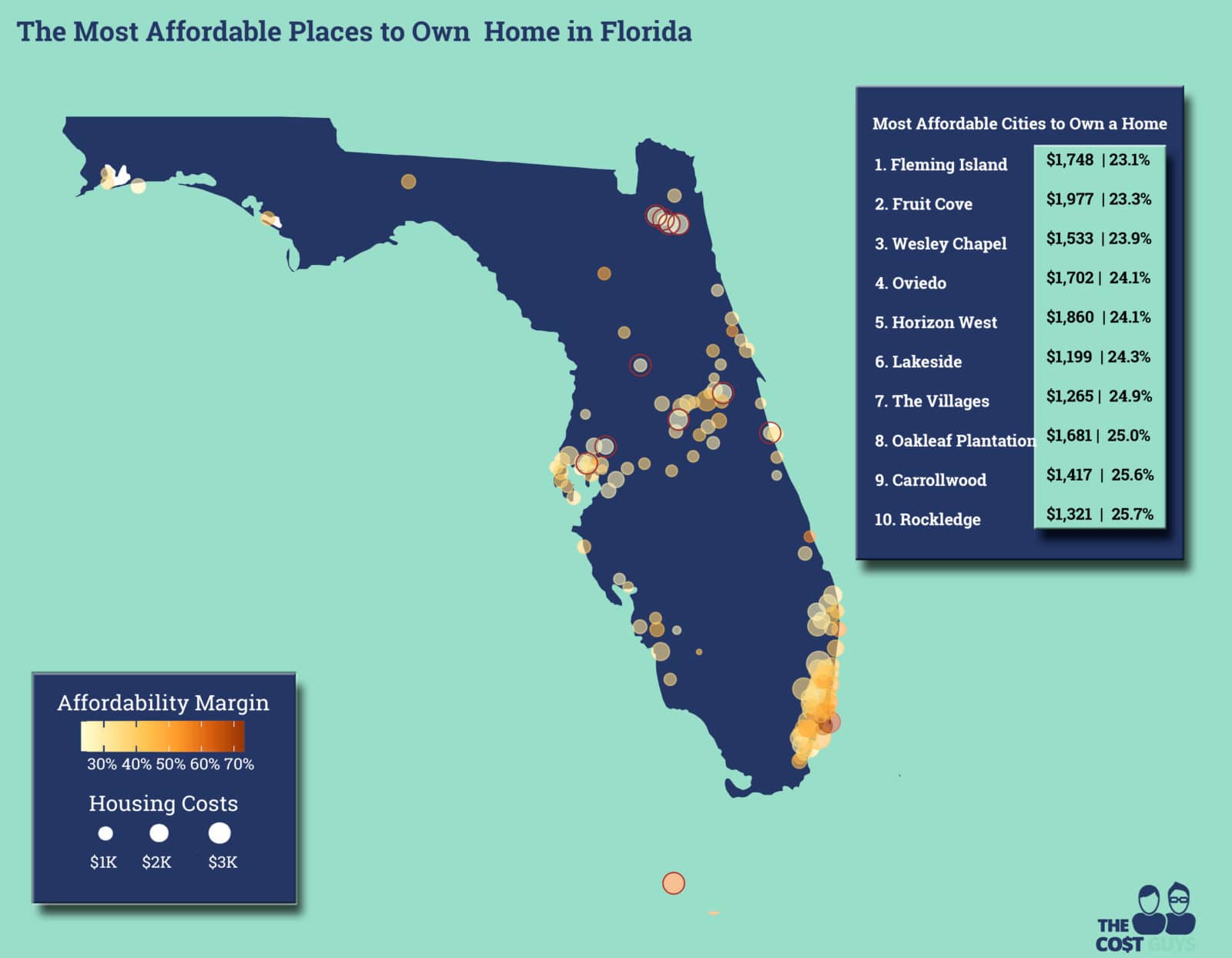 How Every City Ranks in Florida

To see how every city with over 25,000 residents in Florida stacks up, explore the table below. In Florida there are over 148 cities with population size over 25,000 encompassing 60% of the total population of the state.

To find the least and most affordable cities in Florida we turned to the 2017 American Community Survey. We pulled data from the Housing survey as well as the Economic survey to get a fuller picture on home owner affordability in every CDP in Florida. We then filtered for only CDPs with greater than 25,000 people. To get the affordability margin we took the median monthly housing costs which include mortgage, insurance and tax costs and multiplied by 12. We then divided that amount by the median income for each CDP.