Airports are among the busiest infrastructures in the world.

That large number of both consumers and airports means that building an airport can be a good business venture – depending on where it’s located. 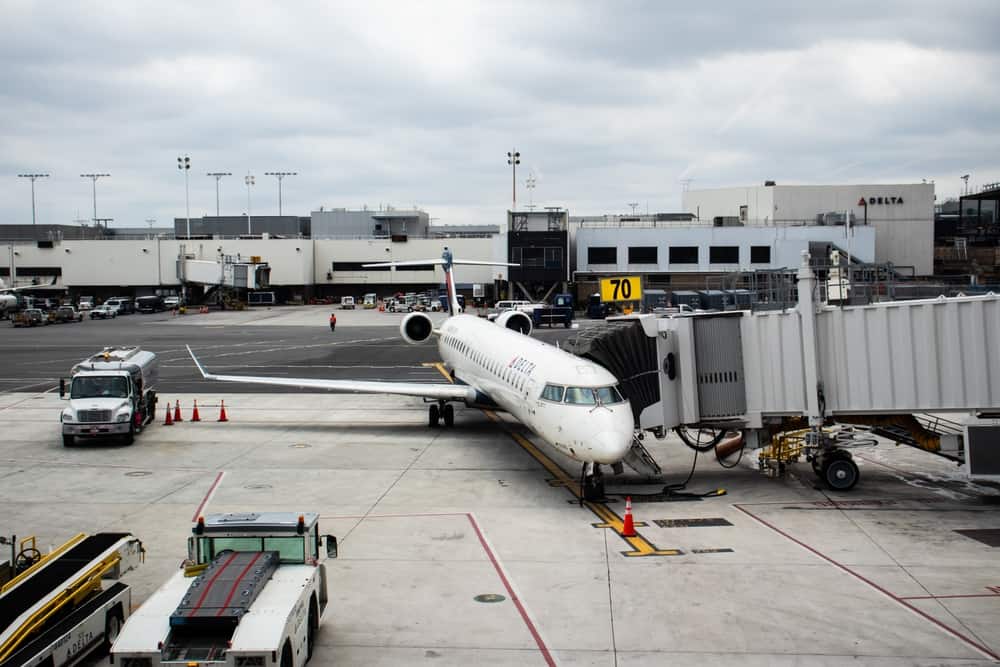 Here, the average cost to build an airport is $150 million per runway and a further $500 per square foot of terminal. A private grass airstrip could cost as little as $100,000. However, an international airport will likely cost $1 billion or more.

Disclaimer: The research in this article was correct as of November 2022. Our sources are linked to throughout the article.

Cost To Build An Airport (By Type)*

While the largest consideration when building an airport is always the size and number of runways, you’ll also have different costs by type of airport.

For example, you’ll have very different costs associated between building a commercial and a private airport.

Here, the private airport is calculated as having a small office terminal and a single hangar, with a small runway to support private planes and business jets.

The commercial airport is calculated as having just four runways, which is a small number to support commercial traffic.

There are dozens of costs associated with building an airport. In most cases, the sheer amount of tarmac needed to pave runways will cost millions.

However, most airports can break costs down like this:

Here, it’s also important to consider that these costs are per component. Most airports have 4-8 runways, multiple hangars, and often multiple parking lots.

In addition, taxiways can extend to almost any length, depending on where your runways are located. However, they’re at least 3,000 feet in length from one runway to another, because that’s how far apart runways have to be. 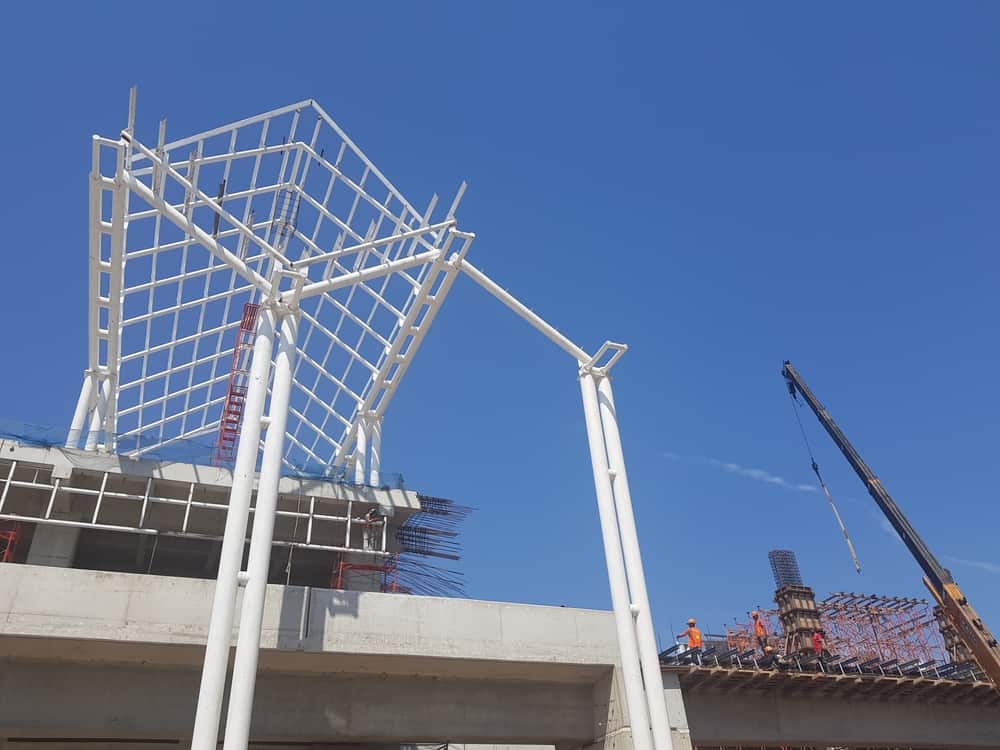 Airport terminals can vary significantly in size, cost, and approach. For many airports, they can cost as much or more than the runways.

For example, in the United States, recent terminal construction projects average between $50 and $370 per square foot of the building.

Land can be a major factor in the cost of building an airport, especially depending on location.

For example, with a minimum of 7,000 feet of length required for a large airplane runway, you’ll need a stretch of land over a mile and a half long.

In addition, if you have more than one runway, they’ll have to be at least 3,000 feet apart. With three runways, you’ll need a square mile and a half of land, or 960 acres.

A tiny, private airport with a single runway can be built on as little as 57-75 acres.

On the other hand, a large international airport like the Dallas Fort-Worth International Airport is much larger. At 17,207 acres, the airport is large enough to have its own zip code, and it isn’t even the largest in the United States.

How much does land cost? Nationally, that averages out to about $12,000 per acre. If you’re in a small state or a very busy urban area, those costs can increase significantly.

Here, you’ll have to check the local costs of land when planning your airport. And, your airport terminal itself can be much smaller.

Most airports average about 10,000 square feet of the terminal – which works out to about a quarter of an acre.

In most parts of the United States, installing an airport will require significant land excavation, grading, and preparation. For example, you’ll need a flat, firm, and stable base for flights and for the foundation.

Often, this will mean grading the land to ensure it’s flat.

If your water table is high, you’ll also have to replace the underlying ground area with well-draining soil. And, if you have a clay base, you’ll likely have to replace some of that with something more stable to protect the tarmac.

Land preparation normally costs around $15-$40 per cubic yard, depending on natural soil, type of excavation, and how far you have to import sand and other materials.

Every airport has to be carefully designed to optimize the flow of people from parking to security gates to shopping areas to the concourse.

This likely means you’ll spend a significant amount on design alone. You’ll also have to keep security, escape exits, and safety in mind.

This means every airport must be designed to meet extremely high standards.

If you’re opening a public airport, you’ll have to meet safety standards set by the Federal Aviation Administration. In fact, the FAA maintains over 50 individual design standards for airports.

These impact everything from pavement to light to wastewater drainage. Most importantly, all of them are necessary to open an airport in the United States.

Your engineering and architectural design company must meet or exceed those standards if you’d like to operate an airport in the United States.

Often, that will mean paying 2.5%-5% of the total project in architectural fees. That should include inspections, site inspections, and ongoing structural inspections. However, with those included, it may cost more.

Airports require massive amounts of materials. These range from concrete to asphalt to steel, and usually include a mix of all three.

Airport terminals are normally concrete and steel buildings with a large amount of glass to allow visitors to see the runway and the planes.

Here, you can expect concrete to average around $3-$15 per cubic foot. You’ll get about 3 square feet of concrete at 3” thick from a cubic foot of concrete. For most terminals, you’ll want the foundation to be at least 8” thick.

You’ll also need a significant amount of steel. This ranges between about $400 and over $3,600 per ton depending on whether it’s prefabricated or not.

In most cases, you’ll want pre-fabricated steel, because it reduces the need to bring in expensive equipment to cut and weld steel on the building site.

In addition, most modern airport terminals rely on glass for a large part of construction material. This averages about $35 per square foot.

Some airports use glass as the primary cladding material and roofing material. However, the total costs will depend on your building design.

Construction costs average $18 per hour, per person on the job site. However, if you are building in a union area, you’ll expect to pay $94-$100 per person, per hour.

You can’t calculate the cost of construction without the size of the project, though.

A small-scale airport may employ a few hundred people for a year. A large-scale project may employ a thousand for 5 years. For this reason, costs can vary significantly.

When the San Diego International Airport added 10 new gates, expanded lanes, and improved the road, it employed over 1,000 people at peak construction. The added 490,000-square-foot terminal took 3 years to complete.

Local labor rates will vary significantly, so it’s always important to assess those rates when planning a project.

Here, you should expect to pay anywhere from $22-$120 per hour. You’ll also need inspections, electrical engineering during design, and will have to plan considerations and contracts with your local electric supplier.

In addition, you’ll have to budget for and build a backup generator system to ensure that planes can land safely, even if power from the grid is not available.

You’ll need backup generators for the tower and for emergency lighting in the terminals and deicing equipment for the runways at the minimum.

Airports rely on a significant amount of equipment and this can all be extremely expensive.

Some of the mandatory equipment you’ll need include:

Every state has its own requirements for both public and private airports. In every case, you’ll have to file and submit the following forms:

You’ll also have to submit data on every part of your airport plan. This includes project plans, property acquisition, consultants selected, potential conflicts of interest, and much more.

In addition, you must submit multiple applications for planning projects – all of which can be declined at any stage.

Once you get a building approval, you’ll also need ongoing approval for builders, impact on the environment, construction, and even quality of materials.

That’s without considering individual state requirements and fees. So, total costs can run well into the millions of dollars.

Pros And Cons Of Owning An Airport 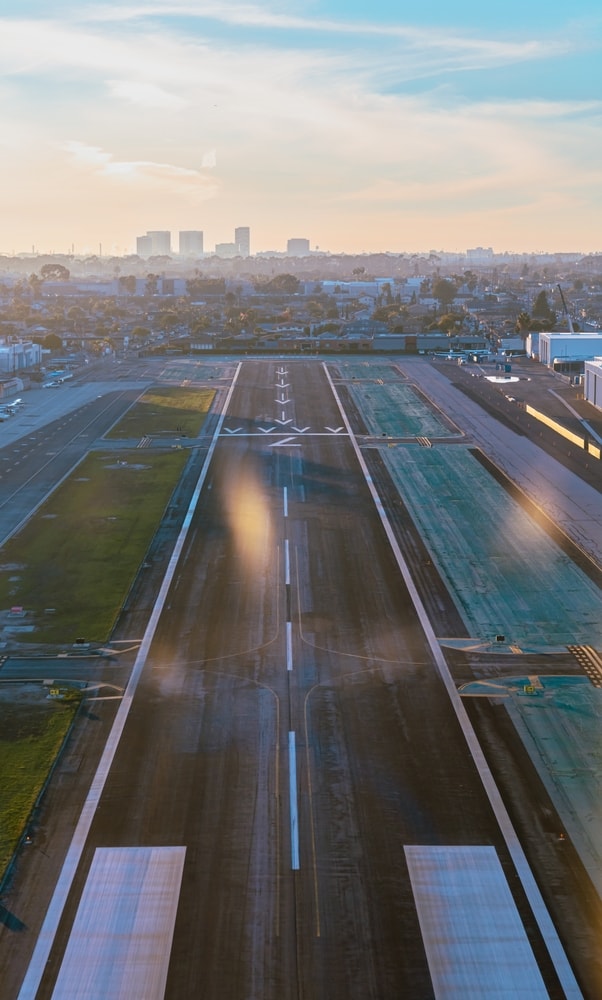 Airports are large and expensive projects.

In most cases, they require significant funding, years to build, and ongoing compliance with state and federal regulations.

Airports are busy and can serve as hubs to move everything from cargo to people. Even small airports can be profitable, especially for charter flights and private jet use.

If you have a business model in place, you can also drive significant revenue around hotels, restaurants, and stores selling to the people using those airports.

In addition, if you’re planning to build a public airport, you can take advantage of significant government funding allocated to building and improving airports. Most airports don’t qualify for this.

However, in 2019, the federal government met 70% of the funding needs of those public airports.

Building an airport is time-consuming and costly. In addition, with an average return on invested capital of 6.2% in the United States, recouping the investment from an airport takes time.

Airports are also significantly legislated. Building one will mean meeting exacting standards for build control, towers, quality control, and equipment. That’s down to the exact dimensions of the paint on the tarmac.

In addition, any airport is subject to significant security controls, ongoing inspections, and ongoing requirements to meet safety standards for its passengers. 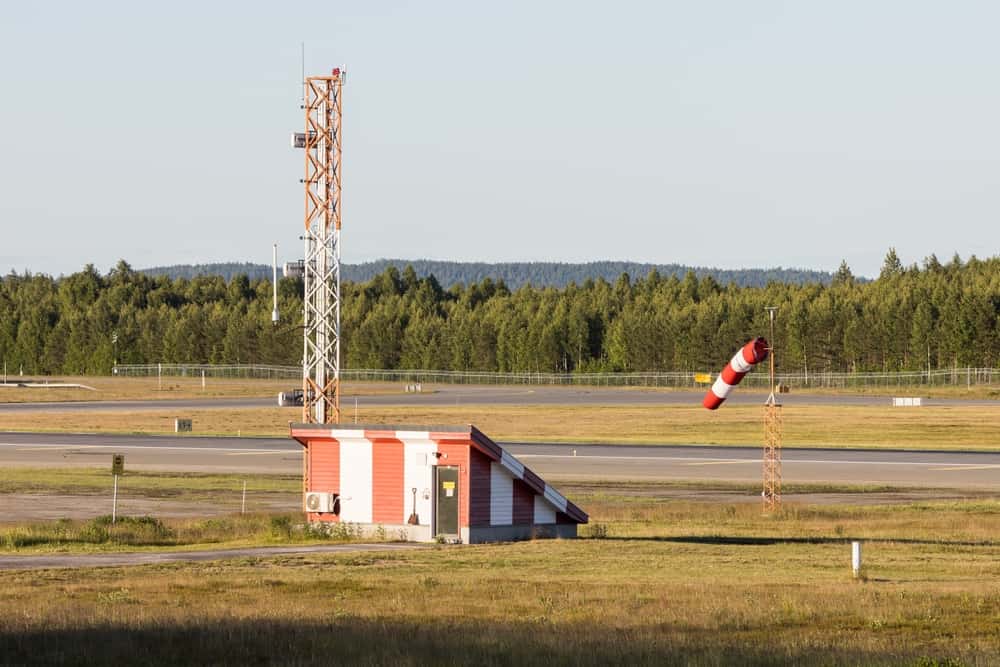 Most airports face significant ongoing costs, with operational costs taking up an average of 19.8% of gross revenue. However, there are significant other costs involved as well.

Each of these can vary significantly by location.

For example, a small private location with a basic radio control tower might be able to run with a few people a year. A large international airport will face hundreds of millions in operating costs.

If you still have questions about building an airport, these answers may help.

How hard is it to build an airport?

Building an airport is one of the most complex and regulated projects you can undertake.

In most cases, you’ll have to get permission for every step of your project, with planning approval, contractor approval, and consultant approval from the FAA and from your state.

This can mean you’ll have to spend millions on design and architectural planning and site selection before even getting approval to go ahead with the build.

How does a small airport make money?

Small airports typically make most of their money through a combination of commercial traffic and private traffic.

Each of these costs are relatively small. But, with enough traffic, you can drive a significant amount of revenue.

Can you own an international airport?

For example, Dubai International Airport is privately-owned. So is Heathrow Airport in London. However, both qualify as public airports.

So, it’s extremely unlikely you could own an international airport in the U.S. However, it’s also not against the law.

At the same time, 14,900 airports in the U.S. are privately owned and none of them are international.

Building an airport is a big investment, even for a large holding. Outside of a simple grass strip for crop dusters or small private planes, you can expect costs to run into the millions. In fact, in most cases, you’ll spend at least $5.5 million per runway – before the cost of electronics and equipment. Additionally, every airport requires significant planning, scoping, and assessment, because the FAA will want to approve your business plan and location plan before you’re allowed to even get started.