If the speed sensor is going out in your car, it can wreak havoc with the ABS system and automatic stopping and slowing functions.

Its purpose is to track the speed of the vehicle and to feed that back into the other systems and sensors on the vehicle. 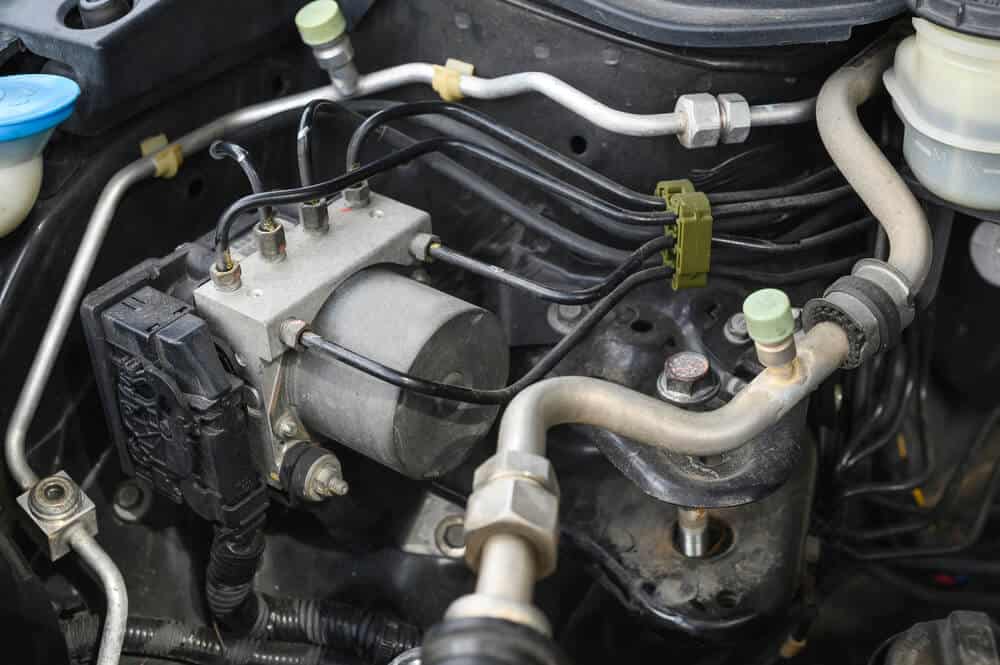 The average price of changing a speed sensor is usually about $250-$300. That normally involves around $50-$100 in parts. The rest is labor, because your mechanic may have to remove the transmission cover to access the timing wheel.

Replacing a speed sensor will vary a great deal based on your vehicle make and model, the type of part you need, and the brand you need.

In addition, your vehicle may have more than one-speed sensor. For example, many modern cars have speed sensors on each of the wheels as well.

*These cost estimates are based on market rates in October 2022. Rates are subject to change based on location, part availability, etc. Please use these estimates as a baseline for your own research.

In every case, the cost of replacing a speed sensor is heavily dependent on what kind of speed sensor it is. For example, wheel speed sensors can be replaced in about 20 minutes each.

A transmission speed sensor on the other hand may take over an hour.

Wheel speed sensors are either built into the hub assembly or attached to the outside of it. In the latter case, changing them will take about 20 minutes.

However, if the wheel speed sensor is built into the hub assembly, you may need a new hub assembly to repair the issue.

Wheel speed sensors normally cost around $25 each. However, rates range from around $7 to over $150 depending on the brand.

Engine sensors or crankshaft position sensors are the most common type of speed sensor in a car. Every vehicle has one, located between the engine and the transmission.

You might also have one of three different types of sensors.

For example, magnetic sensors or variable reluctance sensors create a current every time a tooth from the timing wheel passes. These are common, affordable, and found in most older vehicles.

Hall Effect Sensors are a digital version of a magnetic sensor. These sensors double as timing indicators. That also means they are more expensive. You won’t usually find one for under $17 and prices go up well over $100.

Finally, many vehicles use optical or light sensors instead. These are more expensive but can usually be found from about $27. 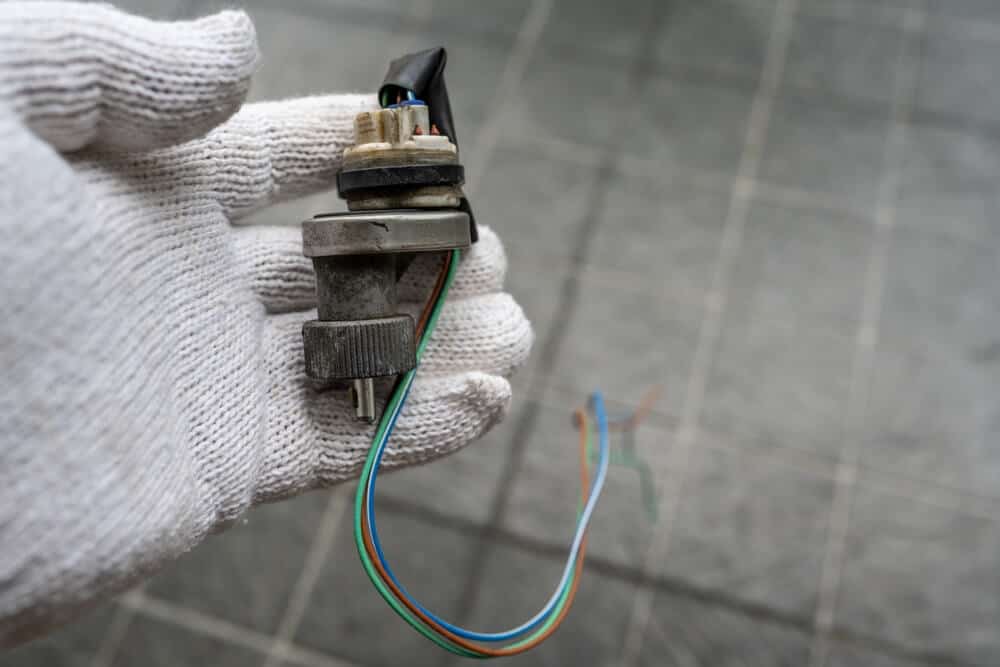 The cost to replace or repair a speed sensor can vary significantly. That’s partially because speed sensor prices vary a great deal.

However, labor, the type of part, and whether you buy OEM or not can also impact the cost of the job.

Speed sensors can range in cost from about $7 for a basic externally fixed sensor to well over $400. For example, if your speed sensor is built into a wheel hub, you’ll likely have to purchase a new wheel hub to fix the issue.

Speed sensors are normally designed to last the lifetime of the car. So, your manufacturer or dealer may charge higher rates for the parts simply because they don’t expect you to need them.

For that reason, many people also opt into buying used speed sensors. This can reduce the cost of an original equipment manufacturer part by over half.

However, it may also mean that your speed sensor won’t last as long or that it has defects that weren’t noticed.

The cost of a speed sensor often depends on what the sensor is for. For example, technology can impact costs.

In addition, you’ll normally pay more for engine and transmission sensors. At the same time, that isn’t always the case.

However, the more critical a speed sensor is, the more you can expect to pay for it. Optical sensors that track timing, control the timing valve, and feed into the ABS system are likely to be more expensive than sensors for the traction system.

At the same time, most speed sensors feed data into more than one application. This means you can almost always expect more than one thing to go wrong if your sensors go out.

However, most sensors have a predictable cost range per, especially when you include labor:

You’ll almost always have the option to choose an original equipment manufacturer part or an aftermarket one. In every case, the latter choice will be cheaper.

However, it may have tradeoffs of not working as well with your software.

Here, it’s a good idea to discuss options with your technician. If they think that a different brand of speed sensor should work well in your vehicle, there’s likely no reason not to do it.

However, compatibility with your ABS may be a concern.

The cost of labor is likely the most important factor in replacing your speed sensor. However, that isn’t always the case.

Depending on your sensor, replacing it may take as little as 20 minutes. However, if you have a difficult job, it can take several hours.

For example, if you have an integrated speed sensor in the wheel hub, you’ll have to take the wheel, the calipers, the rotors, the tie rods, and the axle off to remove it. That can be a significant amount of work.

That’s also the case with some types of transmission sensors. For example, your mechanic might have to disconnect the drive train to access the timing wheel or remove the cover.

In both cases, you can expect the cost of the job to go up immensely. If you can simply lift the car, remove a few bolts, and put a new speed sensor in, the job should be affordable.

But, dropping the transmission will always take time and specialty tools. Therefore, costs can vary quite a bit.

That’s even more true considering that the cost of labor ranges from about $15-$200+ per hour. Nationally, you’ll pay an average of about $50 per hour.

However, chain shops like YourMechanic and Valvoline will normally start rates around $96 per hour.

Change Or Fix: How To Decide? 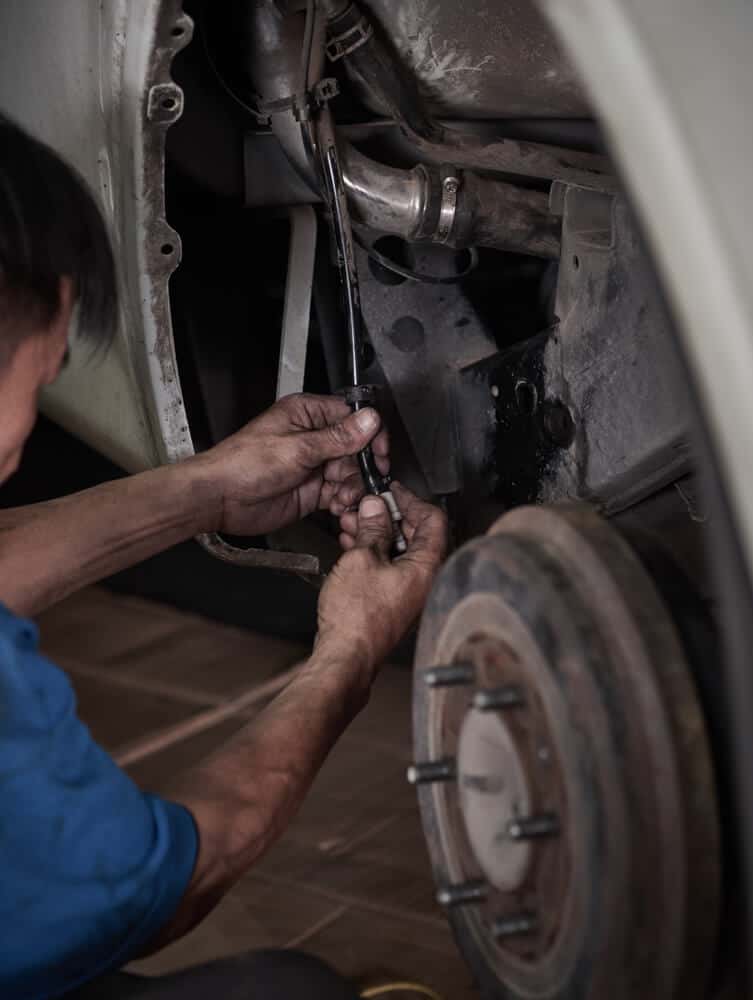 In most cases, it is impossible to repair a speed sensor.

However, with some types of sensors, the sensor may be malfunctioning because it is dirty, the wire harness has come loose, or due to a similar issue.

For this reason, your technician or mechanic will likely inspect the part during a vehicle inspection. If the part is loose or dirty, they may attempt to repair the sensor by cleaning it or by checking the wiring first.

However, if that doesn’t work, your only option will be to replace the sensor. Luckily, the cost of parts is normally quite low.

You can often get new sensors for under $30 – although the average is around $50-$100. In addition, you may end up having to pay extra for labor if you first have the sensor removed to be cleaned before replacing it.

Speed sensor repair costs will normally include the labor associated with removing the sensor on your model. That can be $25-$200+ depending on where the sensor is located.

In most cases, if your speed sensor is faulty, you’ll have to replace it rather than fix it. That usually makes the question easy. However, you can always ask your technician for recommendations.

If you still have questions about replacing or repairing a speed sensor, this FAQ should help.

How long can you drive a car with a bad speed sensor?

It’s never safe to drive with a bad speed sensor. For example, if you have a transmission or engine speed sensor that’s going out, issues could result in an improperly timed engine.

Speed sensors often function to time the crank and cam shaft. If it’s malfunctioning, your ABS system will malfunction. However, your engine might also seize up – which could mean you need a new engine.

However, even if you have wheel speed sensors, it’s never a good idea to drive without one. Speed sensors feed into traction control, torque control, and engine timing.

If you drive over uneven patches of road, the speed sensors allow the car to automatically adjust the amount of torque going to each wheel to maintain the same speed. That prevents your car from slipping or spinning and can prevent accidents.

Of course, you can drive short distances with a wheel speed sensor malfunctioning. However, you shouldn’t

Where is the speed sensor located?

Most cars have at least one-speed sensor, located on the timing wheel in the transmission.

However, your car may have up to 7-speed sensors. Here, locations include the crank shaft, the cam shaft, the input shaft, the output shaft, and one on each of the four wheels.

The newer your vehicle, the more likely it is that you have additional speed sensors. However, very old vehicles often only have one.

If you’re not sure, you can check your owner’s manual. However, if you have an ABS system, it’s likely that you have at least some wheel sensors in place.

Your mechanic or technician will also be able to tell you which sensors are in your car and where they are located. Otherwise, it can vary a great deal.

For example, you can manually inspect to see if you have a sensor externally mounted on your hubs. Here, you want to check for an attachment bolted to the hub, with a wire harness.

However, if your speed sensors are integrated into the hub, making that same inspection is much harder.

How long does a speed sensor last?

Most speed sensors should last for the lifetime of the car. If they don’t, something has mechanically gone wrong.

Therefore, if you replace a speed sensor, it’s usually with the expectation that you won’t have to do so again.

However, the transmission speed sensor usually lasts between 30,000 and 50,000 miles. If you have an optical sensor, it may last longer. However, you may have to clean it at some points.

In addition, the climate you live in can impact the lifespan of your speed sensor. ABS speed sensors are vulnerable to corrosion.

This means that areas with a lot of moisture, where roads are frequently salted, or where you drive in rough conditions may reduce the lifespan of your sensor.

Replacing a speed sensor will normally cost between $250 and $350 for parts and labor. If you do the work yourself, you can see rates drop to as little as $20 for the job. However, depending on which speed sensor is out, you might end up having to drop the transmission to do the work. Therefore, it’s always important to check what you need to do for the work before getting started.