Police Departments in America are expensive. How much should police departments be funded is a question that has taken off in light of the protests sparked by the murder of George Floyd in Minnesota on May 25th, 2020. It is not for this publication to answer exactly that question. We are after all, just a site dedicated to helping people shop better (and occasionally use data journalism to help people in that endeavor).

We want to do our part though and at least lend some data to this question which has most likely made its mark on the public discourse. This question is also important to answer because as you will soon see in the data, the city tax payer does likely foot a lot of the bill when it comes to these police budgets.

How Much Do Police Departments Cost?

We took a look at the 10 largest metros in the U.S and went through their publicly available budgets for fiscal 2020. Transparency laws let us see clearly how these cities are allocating their budgets and just how much is going toward police on a yearly basis. We found the average budget for police in these 10 cities was $1.356 Billion per year. 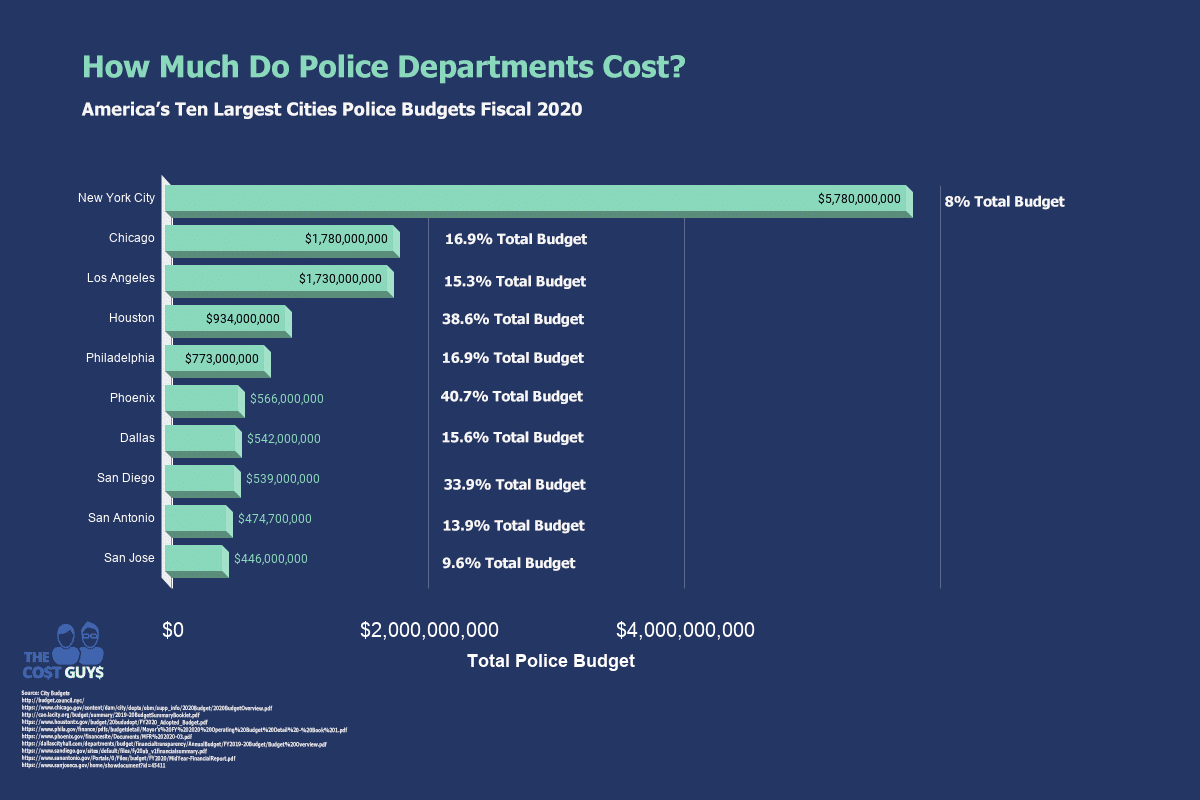 NYC which is far larger than any other city in the U.S. unsurprisingly has the highest budget, a whopping $5.78 billion USD. The size of the budget is more or less correlated to the size of the city. Larger city, more officers, more expenses. The percent of that city’s budget allocated to police though is not as well correlated.

Per Capita Cost of Police Departments

In these cities, the cost per capita for police departments ranges from at least $300 per resident to $693 per resident in NYC. Going back to San Jose, despite being relatively low as a percentage of the city’s budget and a low crime rate, it is the 4th highest for cost per capita.

All of this data is publicly available on each city’s website. Though not every city makes it easy to get a full picture on their police spending. With a little digging however we were able to find the total police spending in each city. Here are the links: